PKL 2019 Preview: Delhi take on Haryana in a high-voltage clash

It will be shown live on Star Sports with live streaming available on Hotstar.

The match would feature two young raiders in Naveen Kumar and Vikas Kandola who have been at their best this season.

Naveen and Vikas are the only two raiders to have scored 7+ raid points in all the matches they have played so far this season. 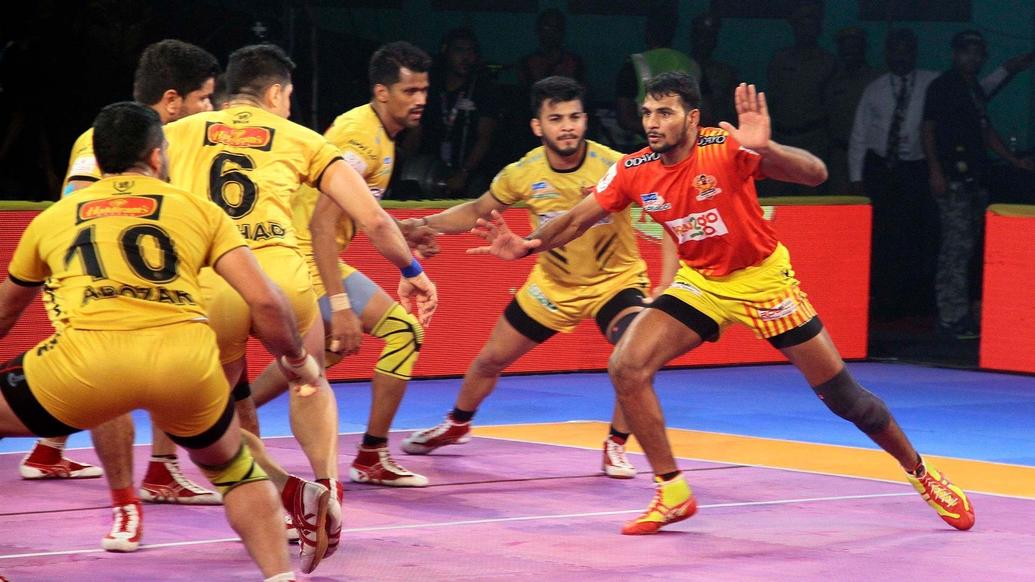 In their reverse fixture in PKL 7, Dabang Delhi secured their biggest win this season courtesy of a 41-21 win over Haryana Steelers.

This was Haryana's first loss and also the biggest loss in terms of point's difference this season.

Both the Dabang Delhi raiders Naveen Kumar (10 raid pts) and Chandran Ranjit (11 raid pts) registered a SUPER 10 in this match.

Haryana's defence managed to score just 4 tackle points and two of their defenders (Vikas Kale and Parveen) remained scoreless in this match.

But come Saturday, nothing can be taken for granted.

It's going to take a dhaakad effort to stop @DabangDelhiKC's unbelievable form in #VIVOProKabaddi Season 7!

Delhi are unbeatean in their last eight matches while Haryana have four wins from as many recent games.

No wonder stakes are so high in the match between two of the most dominant teams in PKL Season Seven.

Haryana has a 5-2 edge when it comes to head-to-head record, but that counts for little as it all comes down to the form on the given day.

Yet another edge-of-the-seat thriller in the offing! Get ready guys!!! #LePanga #IsseToughKuchNahi