Bengaluru, August 6: Ace Indian paddler Achanta Sharath Kamal rolled back the years with a vintage performance to advance to the semifinals of all his three events in the table tennis competition of the Commonwealth Games (CWG) 2022 in Birmingham.

The record nine-time national champion, who has as many as 10 CWG medals to his name, entered the men's singles semifinals after beating Nigeria's Olajide Omotayo 4-2 in a thrilling contest at the National Exhibition Centre Hall in Birmingham.

The 40-year-old also reached the semifinals of mixed and men's doubles competition along with his respective partners. 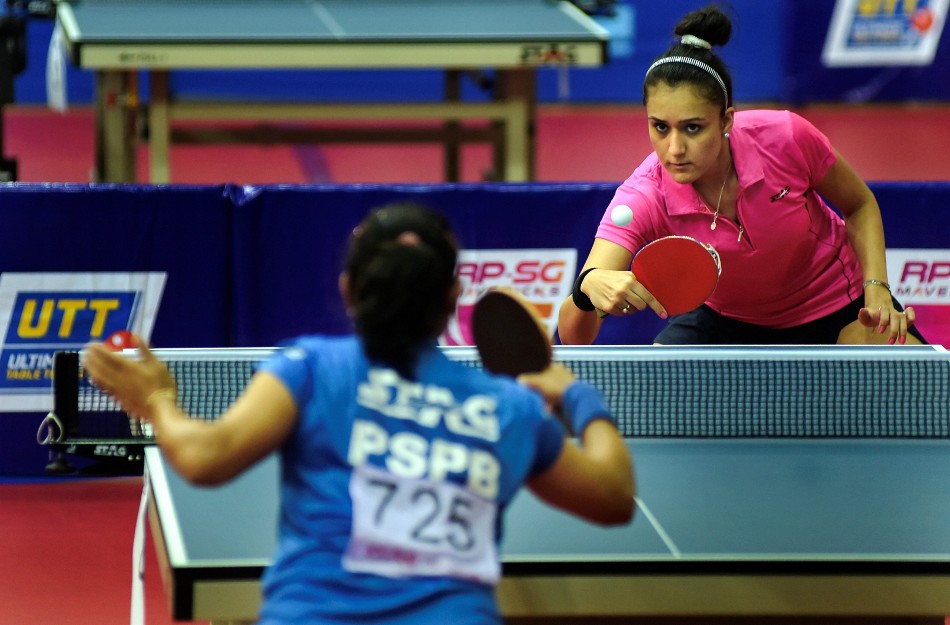 Sreeja too dished out superlative performances to progress to the women's singles semifinals to go with her mixed doubles performance.

The 24-year-old from Hyderabad showed nerves of steel as she scripted a sensational come-from-behind 4-3 win over Mo Zhang of Canada to advance to the semifinals.

Sreeja and Sharath had earlier come from behind to beat Malaysia's Leond Chee Fang and Ho Ying 5-11 11-2 11-6 11-5, while Sharath and Gnanasekaran eased past Bangladesh's Bawm Ramhimlian and Ridoy Mohutasin Ahmed 11-6 11-1 11-4 in their round-of-16 clash.

Defending champion Manika Batra, however, had a bad day as she suffered a 0-4 defeat against Jian Zeng of Singapore in the women's singles quarterfinal to bow out of the competition.

Earlier, Manika and Sathiyan had lost 2-3 to Malaysia's Javen Choong and Karen Lyne, while men's pairing of Sanil Shetty and Harmeet Desai also ended their campaign with a 0-3 loss to Singapore's Chew Zhe Yu Clarence and Poh Shao Feng Ethan.

Manika Batra had a tough outing

In another result, Sreeja and Reeth Tennison entered the pre-quarterfinals with a 3-0 win over Scotland's Lucy Elliott and Rebecca Plaistow. Earlier in the day, Manika and Sreeja had entered the women's singles quarterfinals.

While the 27-year-old Batra steamrolled Australian Jee Minhyung 11-4, 11-8, 11-6, 12-10 to set up a fight with Singapore's Jian Zeng, Sreeja played out a nerve-wracking encounter against Charlotte Carey of Wales to secure herself a last eight berth.

The CWG 2022 which began on July 28 is entering its ninth day of competitive action and will conclude on August 10.

India, who had won 66 medals in the previous edition held at Gold Coast, Australia , are eyeing a record 100-plus medals this time.