By Ben Somerford
Updated: Tuesday, May 4, 2021, 11:07 [IST]
omnisport-MyKhel Team
Anthony Davis scored 25 points in LeBron James' absence as the Los Angeles Lakers moved back up to fifth in the West.

LA, May 4: The Los Angeles Lakers ended their three-game losing run despite being without LeBron James as they defeated the Denver Nuggets 93-89 in the NBA on Monday.

The Lakers, who had lost six of their past seven coming in, were undermanned with James sitting out with a sore right ankle, while Dennis Schroder was absent too. 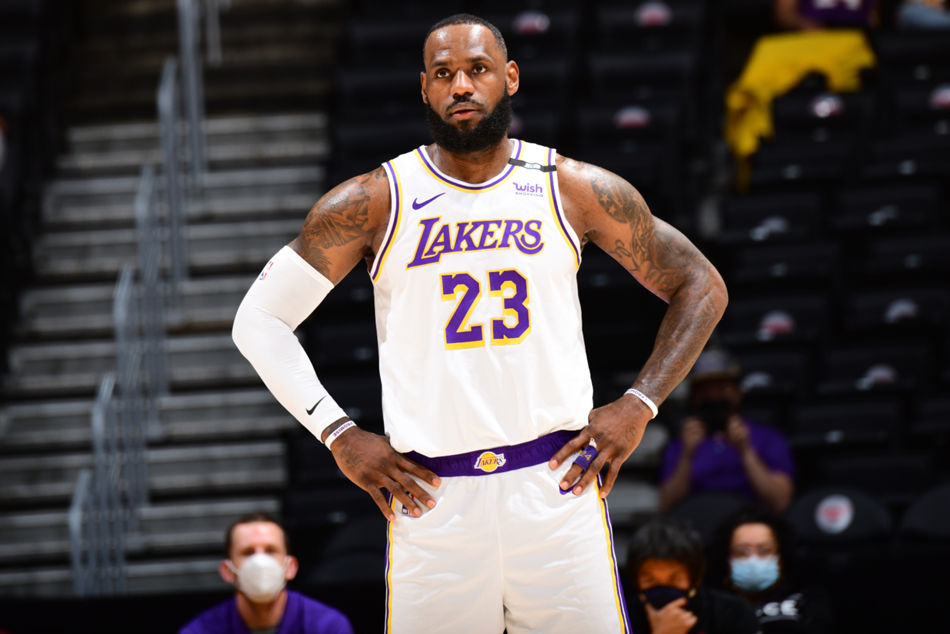 The win improves the Lakers to 37-28 and moves them back into fifth in the Western Conference.

The Philadelphia 76ers were also winners on Monday, knocking off the Chicago Bulls 106-94 to improve their record to 44-21, holding top spot in the East.

Forward Tobias Harris top scored with 21 points, while Joel Embiid had a double-double with 13 points and 10 rebounds.

Anthony Davis closes out for the @Lakers game-clinching block! pic.twitter.com/md4AhM78lP

Russell Westbrook went next level with his latest triple-double with 14 points, 21 rebounds and 24 assists in the Washington Wizards' 154-141 win over the Indiana Pacers.

In a high-scoring game, Westbrook's 24 assists was a career-high. It was also an NBA record five triple-doubles with 20-plus assists, going past Magic Johnson and Rajon Rondo with four.

The Wizards finished with 50 assists against the Pacers, which was the most by a team since 1990.

Russell Westbrook has now tallied five triple-doubles with 20+ AST, the most in @NBAHistory. Magic Johnson and Rajon Rondo each recorded 4 such games. @EliasSports pic.twitter.com/u7o5fEmFy3

Danilo Gallinari scored 28 points off the bench as the Atlanta Hawks got past the Portland Trail Blazers 123-114 in a crucial game for playoffs spots.

Rudy Gobert scored 24 points and had 15 rebounds as the Utah Jazz returned to first place in the West with a 110-99 victory over the San Antonio Spurs.

Stephen Curry scored 41 points while Draymond Green had a triple-double as the Golden State Warriors won 123-108 over the New Orleans Pelicans, boosting their play-in hopes.

The Warriors moved past the Memphis Grizzlies into eighth after they went down to the in-form New York Knicks 118-104.

There was an amusing moment in the Hawks' win over the Trail Blazers, when Bogdan Bogdanovic stumbled on a fast break upon a pass from Trae Young which clonked him in the head.

Carmelo Anthony's 14 points for the Trail Blazers saw him move into the top 10 all-time scorers in NBA history.

The Milwaukee Bucks (40-24) and the Brooklyn Nets (43-22) meet for the second time in three days as seedings spots in the East get determined.