Friday's NBA showdown was one-sided in Milwaukee, where the Bucks (20-3) led by as many as 41 points thanks to Antetokounmpo's 21st double-double of the season.

Reigning MVP Antetokounmpo – celebrating his 25th birthday – scored 27 points and 11 rebounds in under 30 minutes to down Kawhi Leonard and the Clippers on home court. 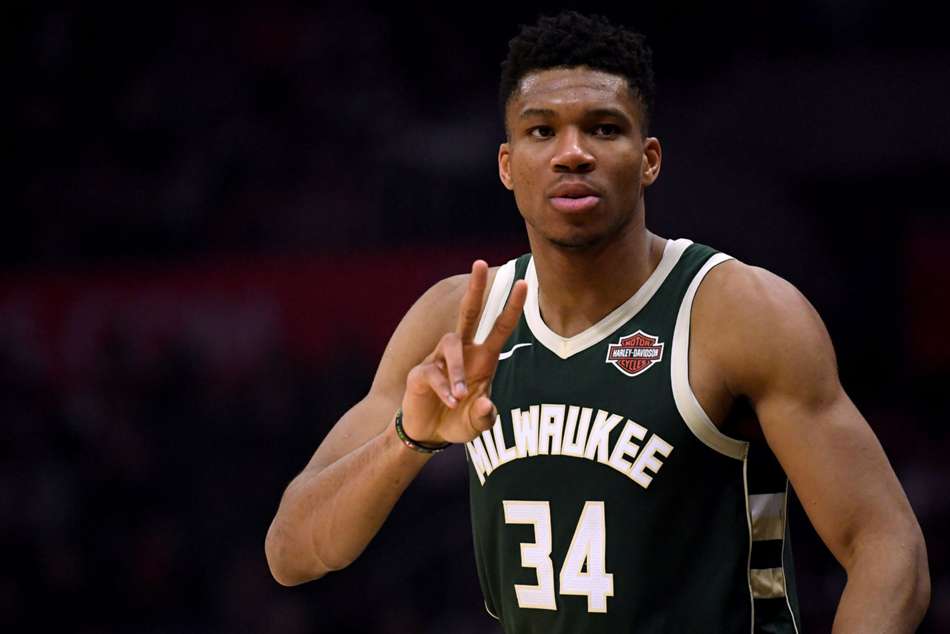 Elsewhere, LeBron James and Anthony Davis guided the Los Angeles Lakers to a 136-113 victory against the Portland Trail Blazers.

James put up 31 points and Davis contributed a team-high 39 points as the Lakers (20-3) claimed their 11th successive road win.

Jimmy Butler posted 28 points, 11 assists and 11 rebounds – his second triple-double of the week – as the Miami Heat downed the Washington Wizards 112-103. The Heat are 9-0 at home for the first time in franchise history.

The Detroit Pistons edged the Indiana Pacers 108-101 thanks to 25 points and 22 rebounds from Andre Drummond. Blake Griffin added 25 points.

Nikola Jokic recorded a double-double with 30 points and 10 rebounds but the Denver Nuggets still lost 108-95 to the Boston Celtics.

Larry Nance Jr. played a game-high 41 minutes in the Cleveland Cavaliers' 93-87 defeat against the Orlando Magic. While he collected 11 rebounds, Nance managed just four points on two-of-10 shooting from the floor. The 26-year-old also missed all three of his three-point attempts.

Somehow, James – surrounded by three Blazers players – made this shot in Portland.

The Philadelphia 76ers (15-7) are 10-0 on home court and they will be looking to preserve that perfect record when the Cleveland Cavaliers roll into town on Saturday. After a shock loss to the Wizards in the American capital, the 76ers are seeking a response against the 5-16 Cavs.