New Delhi, April 23: An obsession with being "neat, tidy and stylish" almost led her to archery, says world champion and Commonwealth Games gold-medallist weightlifter Mirabai Chanu, who feels a chance meeting with her eventual coach changed her career plans. Mirabai's story is not of somebody being spotted for prodigal talent but of someone who sought out the opportunity and the right mentor. 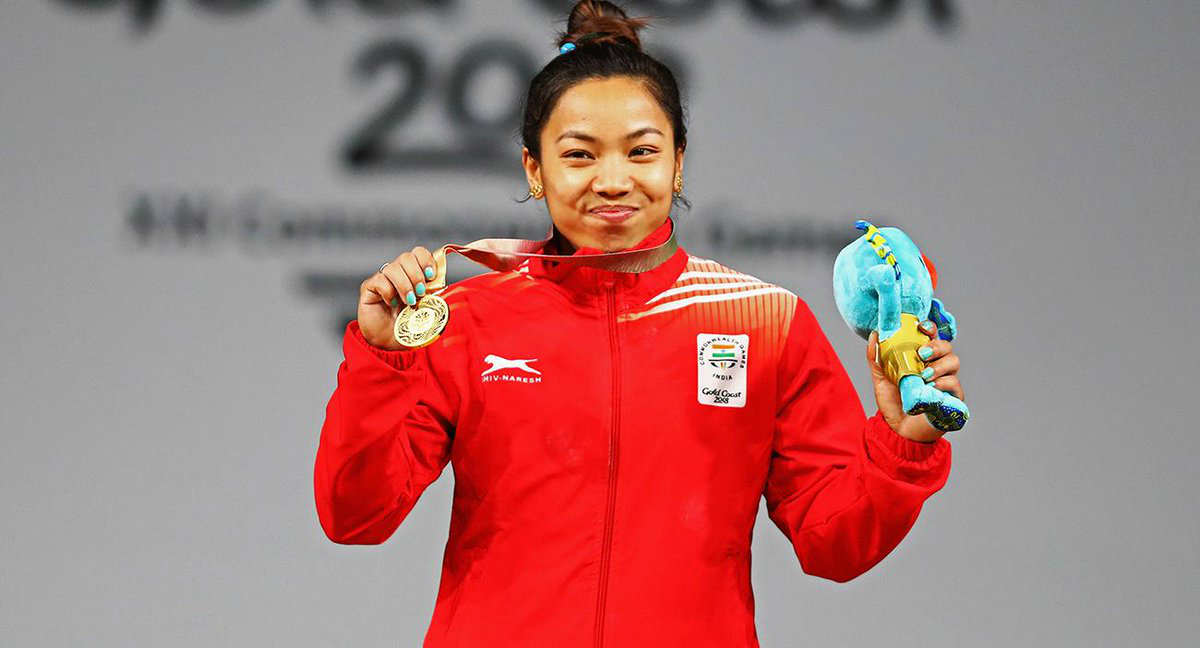 As a 13-year-old girl from a poor family at the nondescript Nongpok Kakching village, around 20km from Manipur's capital Imphal, Mirabai decided early in her life that she would earn fame as a sportsperson. In search of a sports facility and a mentor, she travelled with a cousin to the Sports Authority of India Center at Khuman Lampak in Imphal in early 2008 and the rest is history.

"All my brothers and cousins play football but they would come back home dirty after a day's play. I wanted to play a sport which is neat and clean. At first, I wanted to be an archer as they are neat and clean and stylish," Mirabai told PTI in an interview.

"They just stand and shoot. So one day I and my cousin went to SAI Center at Khuman Lampak in Imphal. But I could not meet any archer as there was no archery training that day," she recalled. "Then at that time I saw some clippings of Kunajarani Devi's exploits in international arena and that influenced me to take up to weightlifting. So after a few days, me and my cousin again went to the weightlifting training center and luckily I met (former international weightlifter and current coach) Anita Chanu and she initiated me into the sport," said Mirabai, now 23.

Manipur Weightlifting Association General Secretary Sunil Elangbam, who has tracked Mirabai's career throughout, said, "When she came for archery training, as far as I remembered, it was a rainy day or training camp had finished earlier. Sometimes luck also plays a part in an athlete's career. It is good Mirabai could not be an archer and she took to weightlifting."

But Mirabai had to toil hard at that young age to adjust her training to her school schedule. "I had to reach the training centre everyday at 6am and change bus twice from my village in a 22km journey. It was tough initially but I adjusted. Also, I consider myself a strong girl. When I grew up I did stuff like wood cutting at nearby hills, bringing them up by myself and then fetching water from nearby ponds in milk powder cans," said Mirabai who is currently training at NIS Patiala.

At most of the training centres in the country, young beginners had to use light objects in the shape of a barbell to teach how to have a grip and other basic techniques. Mirabai, who is currently a Chief Ticket Inspector in the Indian Railways, rose quickly to become a world-class weightlifter steadily.

Mirabai bettered it at the Gold Coast CWG to 196kg (86kg+110kg) and she is now aiming to lift over 200kg at the Asian Games later this year which she says, will be done by improving her hand and leg movement coordination during jerk lifts. "All top competitors in Asian Games will be there in Olympics and if I win gold in Asian Games I will have the confidence to win gold in Olympics also. But to do that, I cannot remain at 196kg.

"I have no weakness in snatch which is all about technique. But I have to sort out my weakness in jerk. I can do 115kg in clean but I am not being able to do it in jerk. I have to work upon my hand and leg movement coordination during jerk. If I do that I will be able to lift 115kg in clean and jerk and that should take my total lift above 200kg," she said.

Mirabai is not perturbed or distracted by the frequent dope tests she had to undergo at NIS Patiala. "WADA testers come twice or thrice in two months but NADA comes very frequently. I am not at all worried or distracted by all these. I am a clean athlete."