Swapna Barman settles for silver in heptathlon, Jinson pulls out of 1500m

Doha, April 23: Asian Games gold medallist and defending champion Swapna Barman settled for a silver in women's heptathlon while top medal contender Jinson Johnson pulled out of the men's 1500m race on the third and penultimate day of the Asian Athletics Championships here on Tuesday. 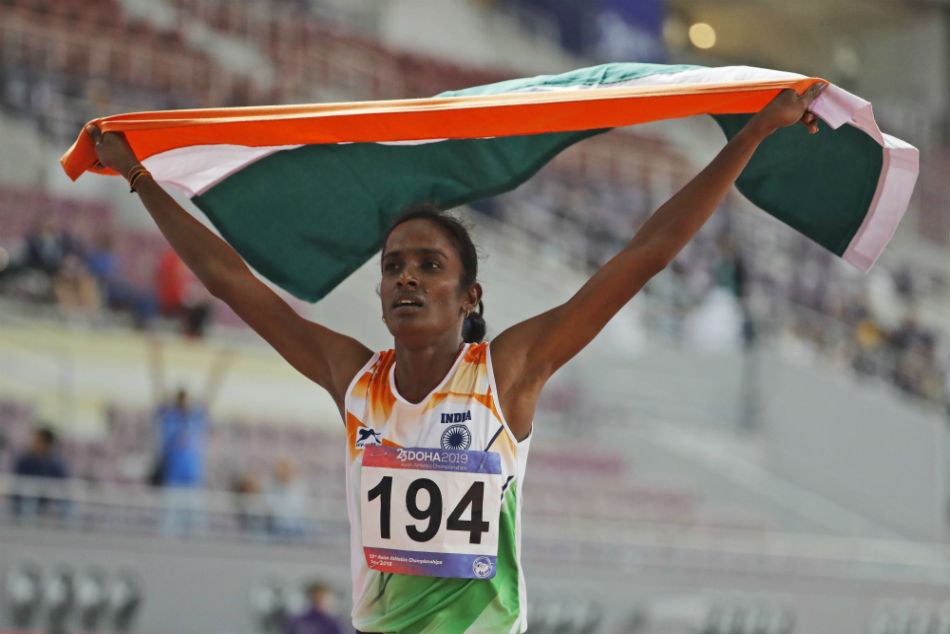 The 22-year-old Barman logged 5993 aggregate points from the seven events to finish second behind Ekaterina Vornina (6198 points) of Uzbekistan, while Purnima Hembram, the other Indian in the fray, was fifth with 5528 points.

Barman's aggregate points on Tuesday was more than the 5942 she had logged while winning the gold in the last edition of the continental meet in 2017 but was less than the 6026 that she had accumulated in the Asian Games in Jakarta last year.

Earlier in the day, India suffered a setback after Johnson pulled out of the 1500m race due to injury just hours before the Round 1 heats. "His left calf muscle is troubling him at the moment. Doctors have advised him not to compete in such situation," deputy chief coach Radhakrishnan Nair said in a statement.

Johnson did not also compete his 800m final race on Monday. He holds national records in both 800m and 1500m. On the opening day on Sunday, Hima Das had pulled out of the 400m race due to a lower back spasm while the likes of star javelin thrower Neeraj Chopra and national record holder 400m hurdler Dharun Ayyasamy and long jumper M Sreeshankar missed out of the championships due to injuries.