By Sajith B Warrier
Updated: Sunday, September 29, 2019, 2:41 [IST]
oi-Sajith B Warrier
Christian Coleman got revenge on Justin Gatlin after finishing second to his rival in London two years ago. Image: IAAF Twitter

Bengaluru/Doha: September 29: US sprint sensation Christian Coleman blasted to the 100M title at the IAAF World Athletics Championships Doha 2019, taking the title of the world's fastest man from his compatriot Justin Gatlin.

He outclassed a star-studded field at the Khalifa International Stadium in Qatar's capital city with a personal best of 9.76 sec.

Coleman, who before the Doha Worlds avoided a lengthy ban for missing doping tests, was followed over the line by reigning champion Gatlin and Canada's Andre De Grasse. 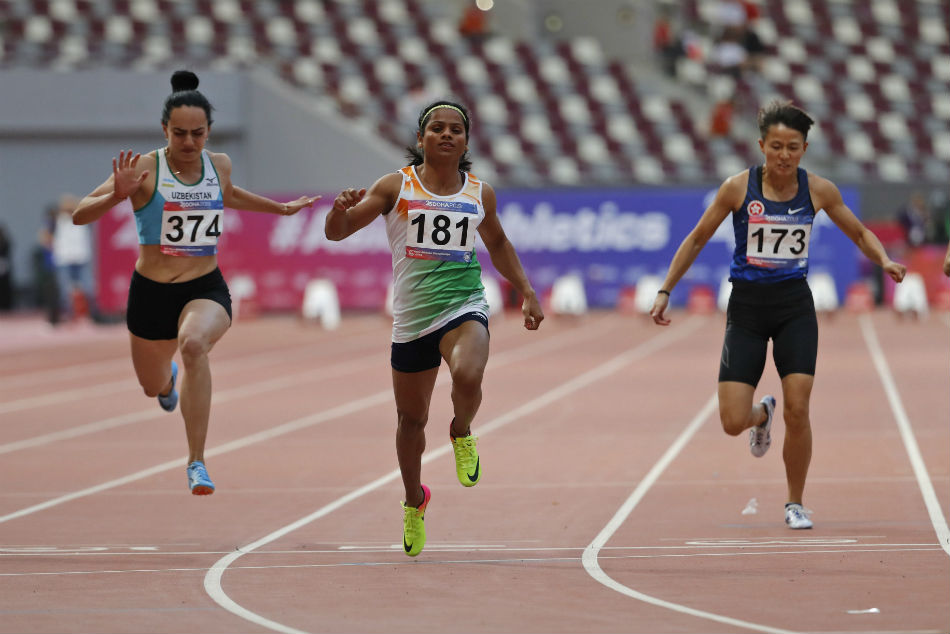 The American got revenge on Gatlin after finishing second to his rival in London two years ago.

Gatlin ran 9.89sec, while De Grasse was third in 9.90sec in the blue-riband event of the Doha Worlds.

Coleman is now the new World Champion of the Men's 100m with a world leading time of 9.76 🔥🔥#WorldAthleticsChamps pic.twitter.com/zrcycRTrex

There were three other finals before the 100M final, with winners crowned in the women's hammer throw and 10,000M, and the men's long jump.

Coleman went into Saturday's final as the clear favourite to win and never looked in danger of suffering an upset loss.

Quick out of the blocks and leading from the off, the 23-year-old set a world-leading time to secure the biggest win of his career.

His closest competition came from the divisive Gatlin who, at the age of 37, took silver as he surrendered his world title.

The top five - completed by Akani Simbine and Yohan Blake - all ran under 10sec.

Earlier, Tajay Gayle's leap of 8.69M won him gold in the men's long jump, a full 30cm ahead of Jeff Henderson.

The Jamaican, who only narrowly qualified for the final, set a world-leading distance with his fourth attempt, which proved to be his last.

Olympic champion Henderson could only register 8.17M with his final effort, leaving him to settle for silver with a best jump of 8.39m.

Cuba's Juan Miguel Echevarria was third after posting a distance of 8.34M.

Dutchwoman Sifan Hassan prevailed in the 10,000M, with Ethiopia's Letesenbet Gidey and Kenya's Agnes Jebet Tirop rounding off the podium.

DeAnna Price sealed another gold for the USA in the women's hammer throw, with Joanna Fiodorow taking silver for Poland and Wang Zheng adding a bronze to China's medal tally.

Tyrell Richard, Jessica Beard, Jasmine Blocker and Obi Igbokwe combined to run 3:12.42 on the event's maiden outing at this competition.

The story of the night though was Coleman, who just weeks ago had looked in danger of missing the Doha Worlds when the US Anti-Doping Agency filed - and later withdrew - a whereabouts violation charge that could have resulted in a one or two-year ban.