By Sajith B Warrier
Updated: Thursday, October 24, 2019, 13:00 [IST]
omnisport-Sajith B Warrier
It has been a season to forget for Valentino Rossi but the Italian will be hoping for an upturn in fortunes in his 400th Grand Prix.

Bengaluru, October 24: Valentino Rossi will be hoping to create more fond Phillip Island memories this weekend after crashing out of the Japanese Grand Prix.

Rossi said he had "pain everywhere" after the Italian highsided his Yamaha at Motegi last time out.

It was the fourth time this season the 40-year-old had to retire from a race, so he is in need of a lift at the Australian MotoGP.

Rossi will be riding in his 400th grand prix on Sunday and six of his 115 wins have come in Australia. 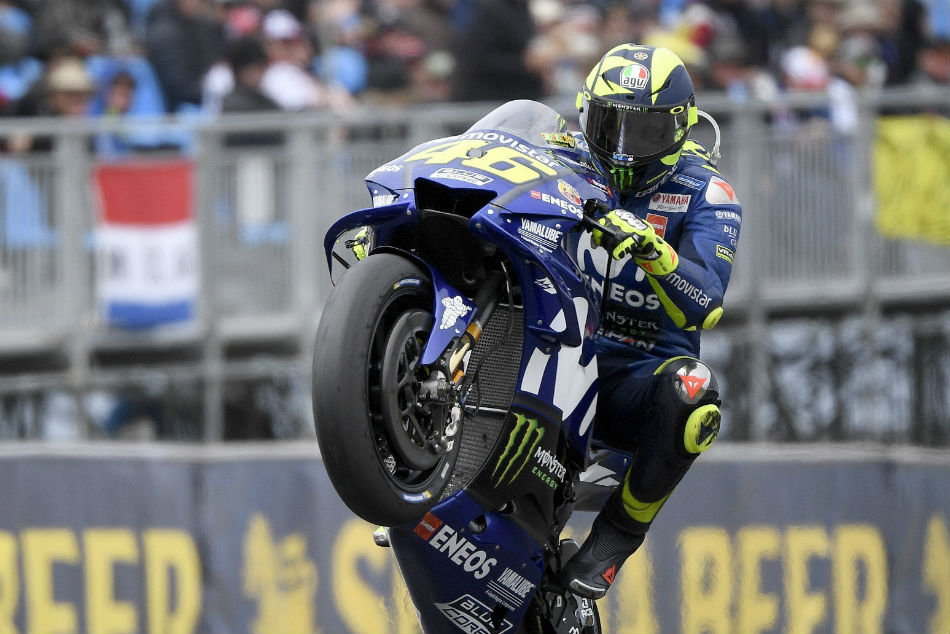 Marc Marquez, with the title already retained, stretched his winning run to four in Japan and it would be a surprise if Rossi is the man to bring that streak to an end.

Ahead of the landmark race, myKhel.com picks out some standout Opta numbers ahead of Rossi's milestone race.

- No MotoGP rider has won the Australian Grand Prix more than Rossi and Casey Stoner's tally of six in 500cc/MotoGP.

- No rider has finished on the podium in the race more times than Rossi's 15. Stoner is next on the list with six.

- Marquez has finished on the podium 15 times this season, just one shy of his best tally in a single MotoGP season in 2013.

- Vinales has finished on the podium in his last three Australian MotoGP appearances (third in 2016 and 2017, winner last year).