Bengaluru, January 10: Spanish legend Carlos Sainz extended his overall lead after winning stage 5 of the 2020 Dakar Rally even as defending champion Qatar's Nasser Saleh Al Attiyah kept the pace going with a second-place finish on the 563km route from Al Ula to Ha'il in Saudi Arabia.

Sainz, the Mini driver clocked 3hr 52min 01sec on the route having a 353km special stage to finish 2min 56sec ahead of his main rival Al Attiyah in his Toyota.

Frenchman Stephane Peterhansel, nicknamed 'Mr Dakar' for his 13 victories in the marathon rally, followed up on his victory in the fourth stage with a third-placed finish, 6:11 off Sainz's pace. 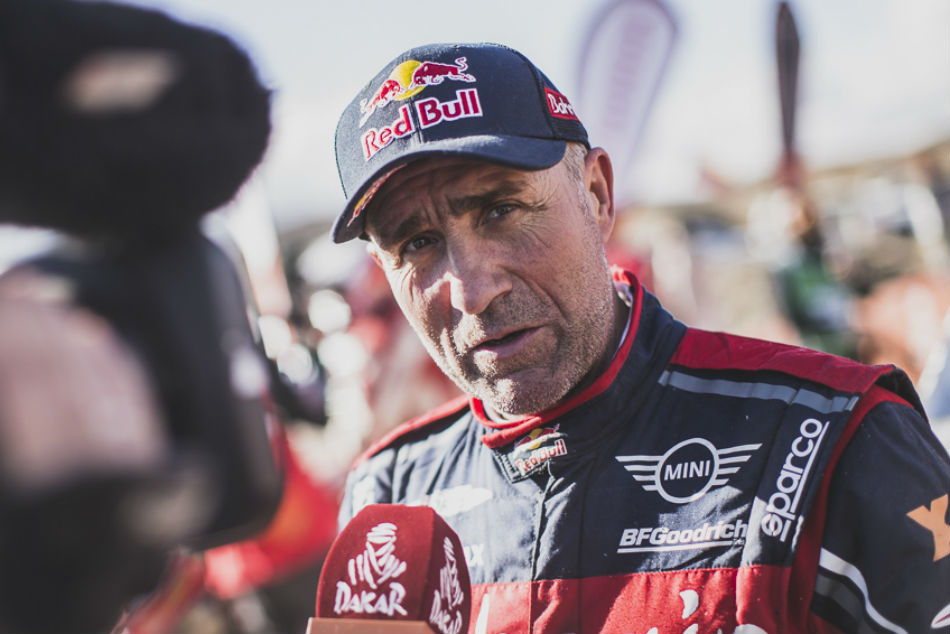 Friday (Jaunaury 10) takes the Dakar convoy to Riyadh. For those competitors managing to cross a further 477 kms stretch of dunes there will be a well-earned Rest Day waiting for them in Saudi Arabia's capital city.

The 2020 Dakar Rally finishes on January 17 in Al Qiddiya.

Overnight leader Sainz was in a class of his own as the 57-year-old held his nerve through sandy surroundings including hills occasionally scattered with desert grass.

"We're all pushing hard and doing a good job so far. The car is working well," said Sainz, who extended his advantage by scorching over the dunes.

The 2010 and 2018 champions' second stage win of the 2020 Dakar Rally moves him almost six minutes clear of Al Attiyah who remains his closest competitor after the stage 5 dominated by sandy terrain.

With the Rest Day in Riyadh now just one day away, we are witnessing world class off-roaders assert their authority at the 42nd edition of the world's toughest rally.

Third on the stage and staying third overall is Peterhansel.

The 13-time Dakar winner managed to keep himself in contention despite being tasked with opening the stage, alongside his stand in co-driver Paulo Fiuza. The Frenchman is now 18 minutes back from fellow Mini Buggy driver Sainz.

"Good day for us. 2 punctures & some difficulties, but perfect navigation from Marc and better terrain for our Toyoya," tweeted Alonso.