Bengaluru, January 9: Reigning champion Carlos Sainz rounded off an up and down week on a high by winning stage six of the Dakar Rally 2021 that kept him third overall even as Stephane Peterhansel continued to hold a narrow lead over second-placed Nasser Saleh Al Attiyah.

Sainz, who had won the first stage, powered to his second stage win, which leaves him 40m39s behind Peterhansel with Al Attiyah just under six minutes behind the 13-time Dakar winner.

"In this first week we've had two days where we've lost 30 minutes so, for sure, we could've done a better job," said Sainz. 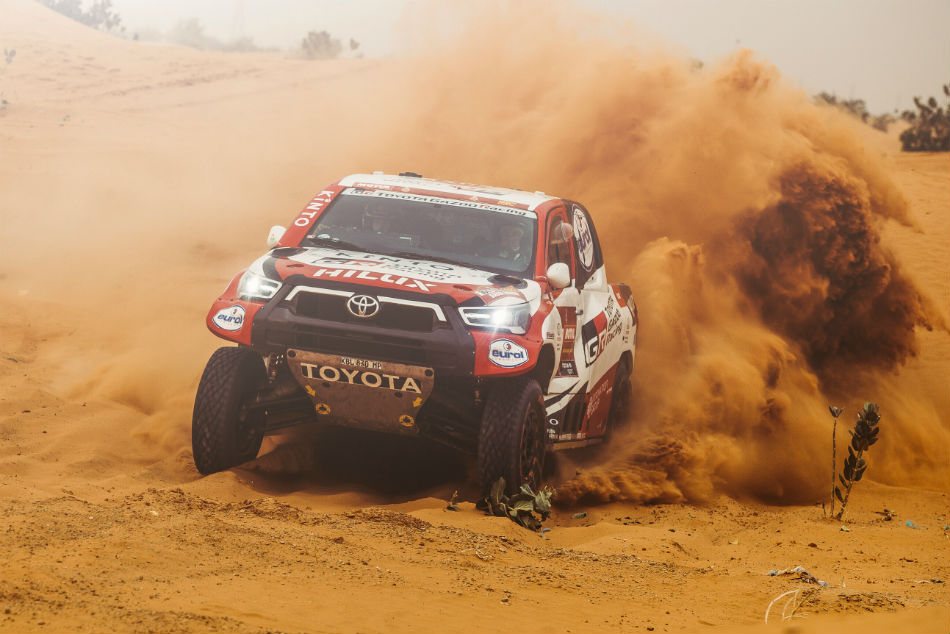 The nine-time World Rally Championsip winner, who was running 10th overall was forced to wait for the arrival of his team's assistance truck.

Though it is still advantage Monsieur Dakar as Peterhansel holds a narrow lead, Al Attiyah, who has won half of the first six stages is determined to reel in Peterhansel in the second week.

"We're in second overall and next week we try to do our be best to move to the front. This hasn't been an easy week for anybody," ace Qatari ace Al Attiyah, who has Frenchman Matthieu Baumel as his navigator.

Saturday (January 9) brings a much needed rest day and a chance to tune up those race vehicles for what promises to be a tough final week at the Dakar Rally.

The action resumes with Sunday's (January 10) marathon Stage Seven from Ha'il to Sakaka.