Hamilton asks Vettel to 'stick around' in F1

Montreal, June 11: Lewis Hamilton has asked rival Sebastian Vettel to "stick around" after the Ferrari driver said Formula One was no longer the sport he fell in love with. 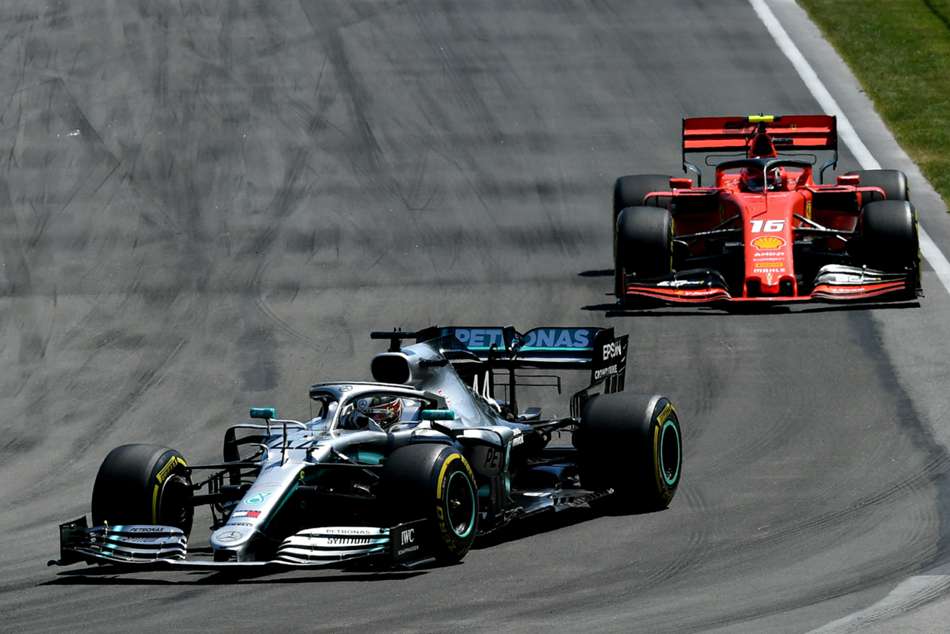 Having been punished for an unsafe re-entry to the track as he battled with the Mercedes driver, Vettel was furious with the decision immediately after the chequered flag and later explained at a news conference that he had lost love for the sport due to the racing regulations and language used in the modern era of F1.

But Hamilton, a five-time world champion, felt Vettel's penalty was warranted, and does not want to see four-time drivers' championship winner call it quits.

"We've had a lot of years racing together and there's probably no one that I enjoy racing with on the track more than he," championship leader Hamilton said of Vettel.

"I second what Seb has said in the sense of the respect that we have always had between us.

"I always relish opportunities to battle like we have had [on Sunday] and the previous years and they are really memories that I will always cherish and I hope there are many more, so stick around."

Ferrari have indicated their intention to appeal against the time penalty given to Vettel.

P1 This weekend hasn’t been easy and I am so thankful of my team. We faced different challenges but we persevered and got the job done. It’s not the way I wanted to win but this is racing. It was tough out there, I really put the pressure on @MercedesAMGF1 @MSI_Images pic.twitter.com/xiOsGafpti

Vettel, who turns 32 next month, had started the race weekend by dismissing speculation he was planning to retire due to losing enjoyment of the sport.

He is on the worst run of his career with 15 completed races without a victory, and his pole position in Montreal was his first in 17 races.

But Ferrari team principal Mattia Binotto believes the passion shown by Vettel in his protests proves his driver still has plenty of fire and desire.

"Disappointment is a good sign for a driver," Binotto said of Vettel's post-race protests, which included moving the P2 finishing marker in front of Hamilton's car in parc ferme.

"Sebastian is very hungry, we are all hungry here and that is certainly what will help us through the coming weeks and months and races.

"At the moment, we, as a team, are naturally disappointed, but most of all our thoughts are with Sebastian - I don't think he could have done things differently, which is why we have decided to appeal the stewards' decision."