Istanbul, Nov. 14: Lance Stroll was in disbelief after earning a stunning pole position for the Turkish Grand Prix, achieving a career dream. 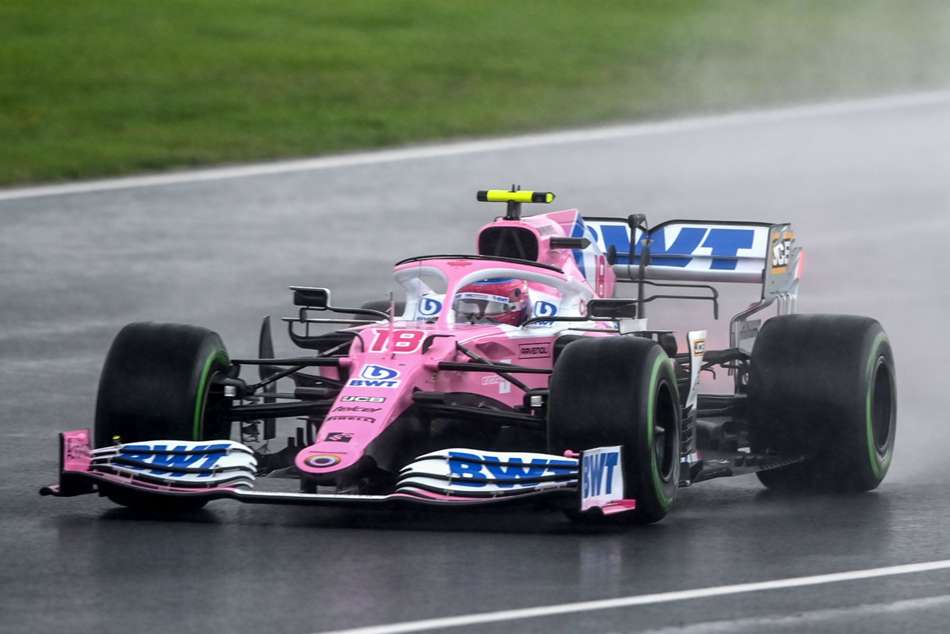 With Sergio Perez third, Racing Point had a driver either side of Max Verstappen in the top three after a wet and thrilling qualifying session as Formula One returned to Istanbul Park for the first time since 2011.

Lewis Hamilton was sixth with Valtteri Bottas ninth as Mercedes' run of 14 straight poles – and their hopes of being the first team to claim every available pole in an F1 season – came to an abrupt end.

Stroll did not see Racing Point's success coming when he finished more than eight seconds behind Verstappen in FP3 earlier on Saturday.

Big thanks to the whole team. What a daypic.twitter.com/SzbYy20OEh

The Canadian's success came after a run of five grands prix where he has not scored a point, including the Eifel Grand Prix where he had to withdraw after testing positive for coronavirus.

"I didn't expect to be up here after FP3. There were a lot of things we weren't sure about coming into qualifying and we didn't look that competitive in FP3.

"I'm so happy right now, I put that lap together at the end and I was under a lot of pressure.

"I only had one lap to do there at the end because we started on the wet tyre and then boxed for inters. Valtteri spun in front of me - so I had one lap at the end and I had the confidence in the car.

"I nailed pretty much every corner and pieced it together. Such a great way to bounce back. Since Mugello, it has been a pretty rough ride for me so it feels good. Feels really good right now.

"I knew [Perez] was up there at the front. Listening to my engineer, he was giving me feedback about where we were. Once I got on the inters, I knew we were in good shape.

"The car was pretty hooked up for these conditions. To put it on pole is a special moment for me - one of the highlights of my career. We dream about these moments growing up."

After his interview, Stroll was called to speak with race stewards, with all Q1 laps being reviewed due to the times recorded under yellow flags which were out towards the end of the session, opening the possibility of changes to the result.

Verstappen had topped all three practice sessions as well as Q1 and Q2, only to be denied at the end as the Racing Points thrived on intermediate tyres as track conditions began to improve.

The Red Bull driver said: "In Q1 we tried to go out on the inters but we had no grip.

"The track was a lot better in Q3, but for us the inters were horrible and the extreme [wet] tyres were good for us, very comfortable.

"Overall, not good. At the moment I'm just a bit disappointed but of course there's still a race on Sunday and we can do well.

"When you are first all the time and come out second it's not what you want to do. I just hope we have a good race."

Perez was on provisional pole before being surpassed by Stroll and Verstappen, but seemed happy with third place which will see him start on the racing line.

"I definitely prefer P3 than P2 - I think at the start there will be a good difference," he said.

"A good result for the team, something we were not really expecting. Very pleased. It was a good call [to go on the inters in Q3] and we are in a great position now."