I don't need to prove anything; am playing for myself now: Indian doubles star Leander Paes

New Delhi, January 9: At 44, with 18 Grand Slam titles and an Olympic medal in his cupboard, Leander Paes is finding it "tough to set new goals". But he still spent his off-season getting stronger to remain relevant in modern day tennis, which is being dominated by brute power.

Many of his contemporaries have become coaches and many of his juniors have already hung racquets, but this Indian legend's hunger for tennis is far from satiated. 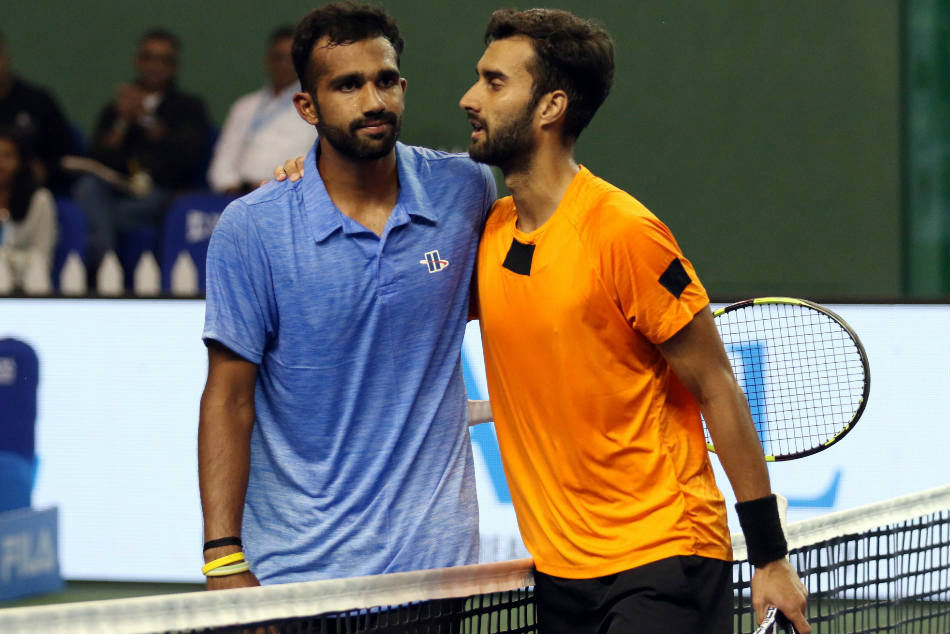 Paes-Raja bow out in Round One

"For me, the off-season is about skill, endurance, weights, core, back, reinventing my game because now the game has become physical. All these boys are 6'3", 6'5". They are so strong, that your reaction time becomes less because the ball is being hit so hard," he said.

"Building power means that the serve can be powerful. The forehand can be stronger. You can come back with a new style of doubles. So, the off-season for me is more about physical fitness and also about setting new goals because I am finding it very tough to set new goals."

The question of retirement keeps popping now and then with many wondering what keeps him going?

"Right now I am going through a beautiful part of my tennis career, where I don't need to prove anything. To be able to still control the ball, to be still able to command the court, it still motivates me," he said. 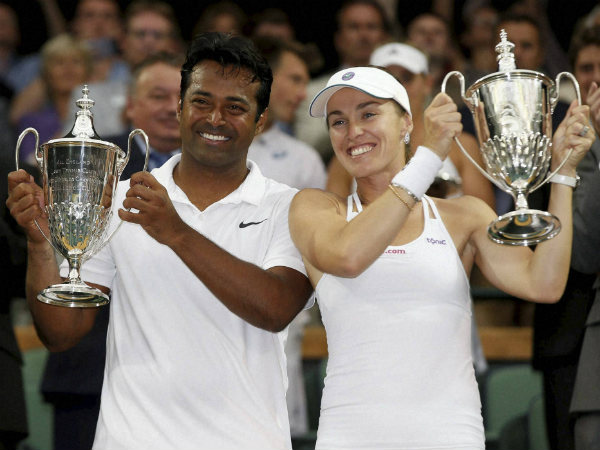 The legendary player hinted that he wants to develop into a role model. "I enjoy the game. I have achieved everything I wanted to. Now I am playing for myself. I want to motivate people around the world that if Leander can do something even through hard and tough times, If I can keep that health and fitness and happiness about my life, then everybody else can.

"We live in times where life is very hard. There is terrorism everywhere, there is poverty, the cost of living is rising, lots of scams going on but you need good role models out there to show that life is tough but can be good too," he said.

There is no substitute for hard work... pic.twitter.com/CHyJny5oP5

When asked if he still wants to play one more Asian Games and the Olympics, he replied: "That does not push me. I play, because I have fun. If that comes along, wonderful."

Paes said he indeed has become stronger, this year. "I have done lot more weights. If you see, the strength in lower part of the body is very good and the way I served (in Pune), they (Rohan Bopanna and Jeevan Nedunchezhiyan) did not come close to my serve."

"I have also worked on trying to re-invent a certain style of play. It did not work in Pune but at the end of last year for three weeks, we were undefeated. It was at Challenger level and now have got to move it up at the ATP level."

It's been some months that he and Raja are playing together on the tour. They ended 2017 on a high by winning the Challenger titles in Knoxville and Champaign in the US.

Ask him about Raja and he praises his partner. "He has made progress. Last match was not a good reflection of it but he has lost some weight. He has become smarter about his fitness, about his diet. To transform a body, it takes time. What is good about Purav is that he has got power. He is strong," he said.

"I am encouraging him to play to his strengths. The movement is my strength. He did not hit the ball (against Bopanna-Jeevan). The last match was an awkward one as he did not play his best tennis."

It was also noticed that Ramkumar Ramanathan, one of India's best singles player these days, was spending a lot of time with Paes and his team.

Paes said for the Chennai boy to succeed at the highest level, he needs to work on the mental aspect of the game.

"Ram has got a phenomenal game. His serve is huge, his second serve is brilliant. Good inside out forehand, good backhand down the line...technically very sound.

"There's not much I can teach Ram about technique and strokes. It's hard to be a Pro on tour when you are 150. When you are top-100, you get into Grand Slams but to get there is important. So, when I see him at different places, we do training together. So it's a long-term friendship. I am not gaining anything out of it."