I was a deer in the headlights - Serena congratulates outstanding Halep

London, July 13: Serena Williams admitted she was powerless to prevent Simona Halep storming to glory in Saturday's Wimbledon final, conceding she felt like "a deer in the headlights" in the face of such an onslaught. 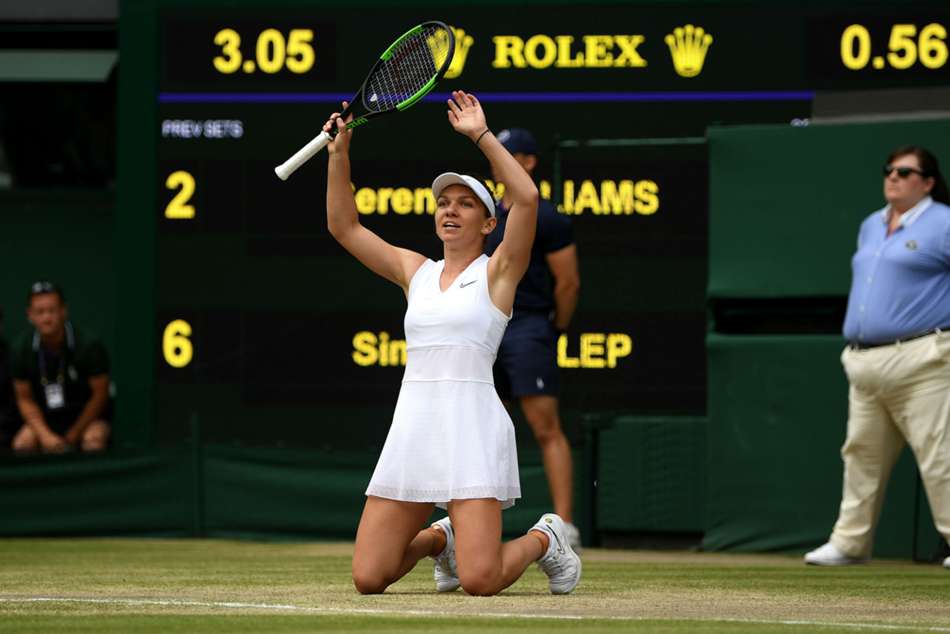 Seven-time champion Williams was hoping to equal Margaret Court's record of 24 grand slam singles titles but she was blown away in less than an hour as Halep raced to a 6-2 6-2 victory on Centre Court.

In a little over 10 minutes, Williams found herself 4-0 down and it did not get much better from there as the relentless Halep showed no mercy in surging to her maiden crown at the All England Club.

Halep finished the match having made just three unforced errors while Williams committed 26, and the American was gracious in defeat during her on-court presentation.

"She literally played out of her mind. Congratulations, Simona," Williams said.

"It was a little bit of deer in the headlights for me. Whenever a player plays that amazing, you have to take your hat off and give them a nod of the head. Congrats on all the hard work.

"I've got to keep fighting, keep trying and enjoying the sport I love. Coming out here and playing in front of these guys has been a joy.

"My team is amazing, thank you guys for all of the support. I love you all."