By Mykhel Team
Updated: Thursday, September 5, 2019, 12:54 [IST]
omnisport-MyKhel Team
Matteo Berrettini had a new face in his box for his US Open quarterfinal while Diego Schwartzman was honoured for his sportsmanship.

New York, September 5: US Open spectators had their appetite for world class tennis satiated once again on Wednesday, as Matteo Berrettini and Gael Monfils delivered a thriller at Arthur Ashe Stadium. 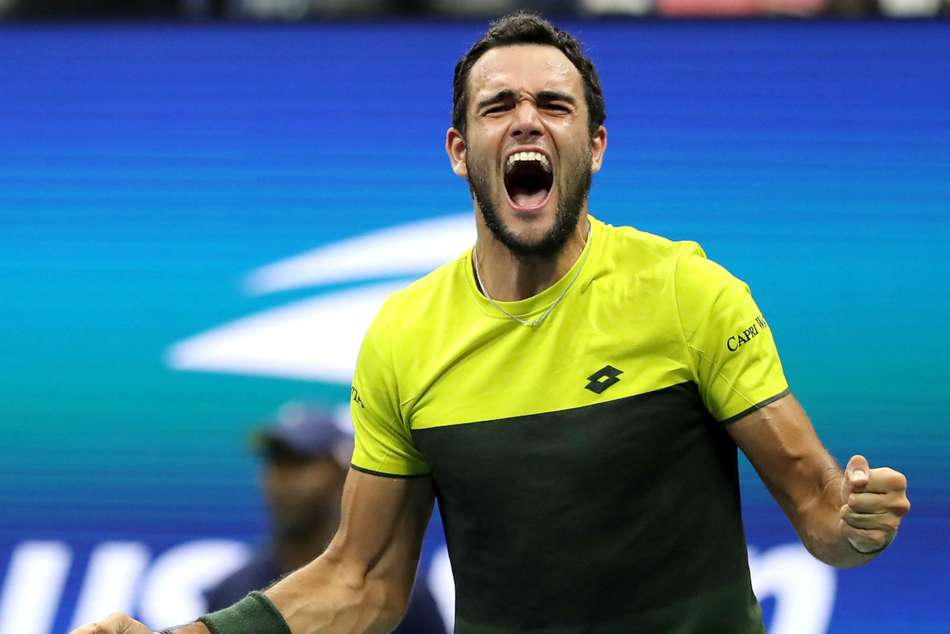 four hours to see off Monfils

The secret to his success at Flushing Meadows may be in the meals he is eating at his favourite New York restaurant, which was soon on his mind after his marathon victory.

Omnisport's man on the ground, Nicholas McGee, provides the details in our daily diary from New York.

Berrettini had a new face in his box during his victory over Monfils, Giovanni Bartocci, the owner of Via Della Pace, an Italian restaurant in Manhattan's East Village that the 23-year-old has frequented during his time in New York.

Bartocci will likely be invited back after witnessing Berrettini's performance in defeating his French opponent, with the Italian set to face Rafael Nadal in the last four.

Asked in his media conference about his friendship with Bartocci, Berrettini replied: "The owner, yeah, Giovanni. Actually, he's from Rome, my city. So, you know, is not tough to get friend with a guy from the same city. "I knew him last year. He's such a nice guy. He's always cheering for Italians. I mean, I'm the only one left, so now he's cheering for me."

On his favourite dish at the restaurant. he added: "Pasta for sure. But I like pasta in bianco. I don't know if you know it. It's like just oil and parmesan. Simple but really good."

A SUSHI CELEBRATION FOR MURRAY

Shifting to culinary delights from a different region, sushi was on the menu for Jamie Murray after his and Neal Skupski's win over Jack Sock and Jackson Withrow in the men's doubles.

The Scot snacked on the Japanese fare as he spoke to reporters following that three-set triumph.

It clearly provided the boost he needed as Murray went on to also claim victory in the mixed doubles alongside Bethanie Mattek-Sands, the pair progressing to the final by defeating Rajeev Ram and Samantha Stosur.

Diego Schwartzman received no reward for an admirable performance against Nadal, as he was defeated in three sets by the highest remaining seed and now tournament favourite.

He can take some solace, however, in that his conduct on and off the court has been recognised.

Before speaking to reporters following his elimination, Schwartzman was presented with the US Open sportsmanship award for 2019.

A well-deserved honour for a player who should have won plenty of new fans with his displays at Flushing Meadows.