US Open: Ice-cool Medvedev too hot for Djokovic to handle as Grand Slam dream ends

New York, September 13: In Tokyo, it had been Alexander Zverev who denied Novak Djokovic his Olympic dream in a competition partially defined by controversy over the searing heat.

In stifling temperatures inside Arthur Ashe Stadium on Sunday (September 12), the world number one saw his calendar Grand Slam hopes ended by a man often known for losing his cool.

Daniil Medvedev is among the most mercurial players on the ATP Tour. To watch Medvedev outwit his opponents when he is focused is one of the great joys of the modern game. When things go against him, though, his temper and his performance can unravel in a hurry. 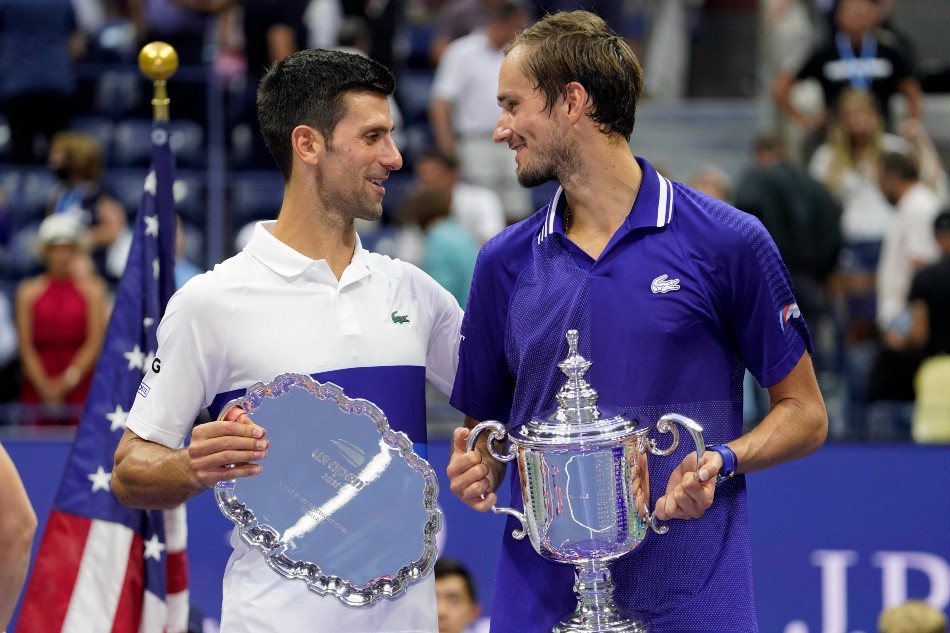 To Djokovic's misfortune, in one of the biggest matches of his remarkable career, he came up against an inspired Medvedev enjoying obvious clarity of thought in a 6-4 6-4 6-4 win in the US Open final that means tennis' 'big three' remain locked on 20 grand slam titles apiece.

Medvedev is no stranger to heroics at tennis' largest stadium. Two years ago he enjoyed a rollercoaster journey in New York. Seeing red after being given a code violation for snatching a towel from a ballboy, Medvedev was mercilessly booed in a third-round match with Feliciano Lopez and openly goaded the fans thereafter in his on-court interview.

The booing continued in the subsequent round, but Medvedev's story that year was one of redemption, which ended with him receiving great credit for a remarkable near-comeback in a five-set epic final with Rafael Nadal.

Fast forward to a clash with another of the players firmly in the conversation for the best of all time and Medvedev sustained the levels he produced for two and a half sets against Nadal for three glorious sets as he ruthlessly took possession of a day that was supposed to belong to Djokovic.

Prior to the final, Djokovic had dropped the opening set in four of his previous matches at Flushing Meadows, winning three times in four sets and once in five.

As such, there was little reason not to expect a Djokovic comeback when Medvedev forged ahead in the showpiece.

However, in Medvedev, Djokovic found a foe completely unwilling to indulge his hopes of another recovery effort.

Daniil Medvedev just won the #USOpen on his wedding anniversary.

Good thing, because he didn't have a present ready 😂 pic.twitter.com/eUXVYEyzup

Coach Gilles Cervara labelled Medvedev a "genius" before the 2019 final and, when he plays as he did in clinching his first major title, it is tough to argue with that assessment.

As the elasticity of his movement enabled Medvedev to defend with an ease that belied the pressure of the occasion, Djokovic was simply unable to find a way through in the second set, which was decided with the artistry of the Russian's drop shot.

Djokovic could only hit into the tramlines having scurried in a desperate effort to meet such a shot, and that sense of desperation was evident when uncharacteristically poor play at the net from the Serbian gave Medvedev command in the third.

A pair of double faults played a role in Medvedev initially failing to serve out the match, the ice-cool focus escaping him for a brief moment, but there was to be no repeat when his second opportunity came as he finally clinched a maiden major on his third wedding anniversary. 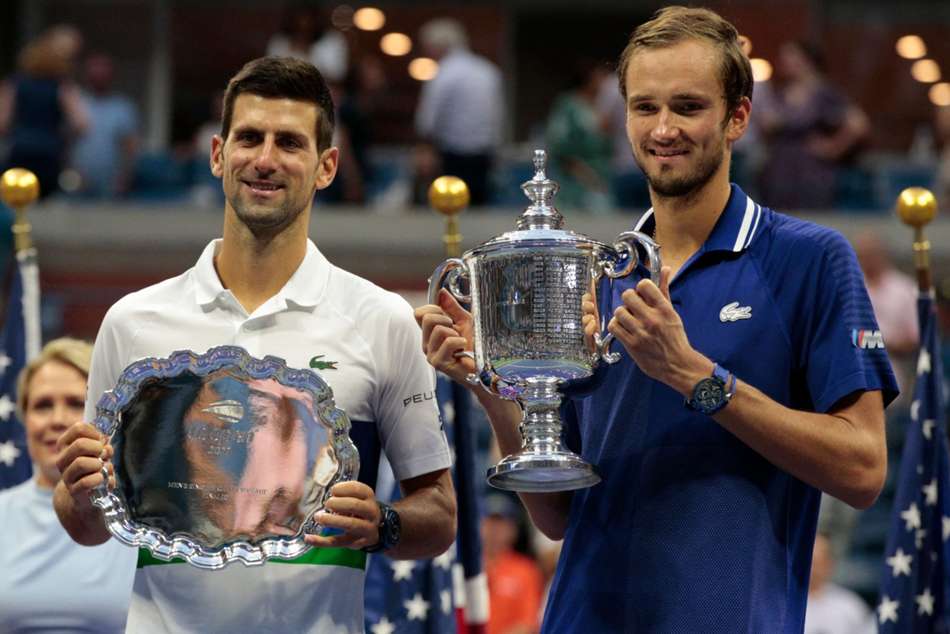 So history denied. Not because of the heat, but because of a man keeping his cool in the face of the greatest challenge in the men's game and harnessing the genius that is now recognised by many more than just his coach. Extremely gracious in defeat, a potentially momentous day for Djokovic is now one he will want to forget. Instead, Medvedev and his wife have an anniversary to remember.