Spoiler: A monstrous championship feud to begin on WWE Raw

Bengaluru, April 22: Championship pictures will start shaping up with Superstar Shakeup 2019 edition in the history books. It officially marked the new beginning for both the WWE Raw and Smackdown roster as there are fresh recruits in both brands which ensures a fresh set of storylines. However, there is still a small part of the shakeup process that has been left unfinished.

Last week, the Intercontinental Champion Finn Balor was shifted to the Smackdown brand. This leaves Raw without any mid-card title-holder as the WWE United States Champion Samoa Joe also is part of the blue brand. But that was not the plan during Superstar Shakeup as Joe was scheduled to move to Raw.

But we did not spot him last week since he was in no condition to appear on TV. The Samoan Submission Machine was down with flu for a few days and the situation worsened on Monday Night. So he could not be part of the Superstar Shakeup and that left a void on the red brand's roster. However, that is all set to be filled this week.

It is very likely that WWE United States Champion Samoa Joe will make his return to TV during tonight's Raw to confirm his move to Monday Night Raw. Additionally, he should also continue his feud with the resident monster of the show which will see the US title hanging in the balance.

As per reports from Dave Meltzer of the Wrestling Observer Radio, Braun Strowman will become the new number one contender for the United States Championship. This ensures two behemoth names of the Raw roster will enter a rivalry that we have never seen before.

It has to be noted that both the champion and the challenger are having momentum on their side. Samoa Joe aka The Samoan Submission Machine comes to Raw fresh-off a Wrestlemania win against Rey Mysterio which was a completely one-sided match in favor of the champion. Strowman, on the other hand, defeated a bunch of superstars to win the sixth edition of Andre the Giant Memorial Battle Royal. So the feud should showcase a tough battle between the two monsters. 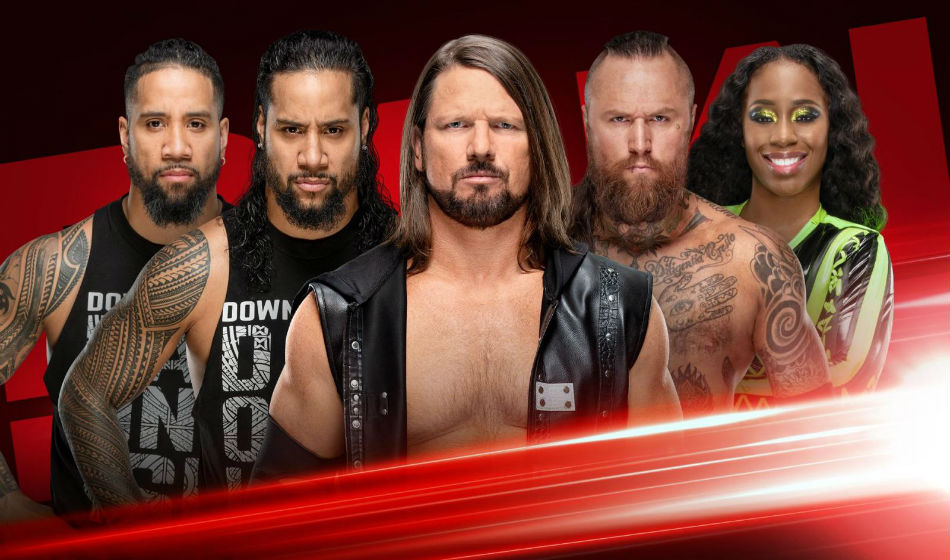