The event will feature nine matches with the some of the big names of the current roster and a few legends of the promotion including Universal Champion Seth Rollins facing Baron Corbin in a title match, Triple H vs Randy Orton and of course a first time ever clash between two legends of the business.

Plus, the 50-man battle royal which made its debut last year in Saudi Arabia is also set to return with Superstars from Raw and Smackdown battling for the prize. 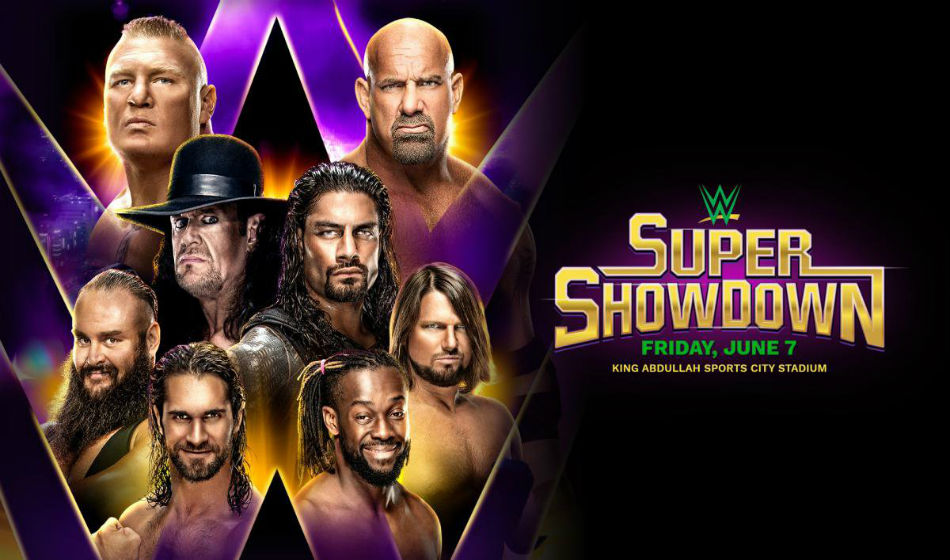 WWE Super ShowDown 2019: All you need to know

Here are top five reasons that you should not be missing on the WWE Super Show Down:

DREAM FIGHT: The Undertaker vs Goldberg

"The Viper" and "The Game" will be coming against each other inside the WWE ring against once more. This showdown will result in the continued turbulent history between Triple H and Randy Orton with the fight promising to be one of the greatest clashes between the two. The rivalry between Triple H and Orton began since 2004 when Randy won World Heavyweight Championship. If Randy takes the win over Triple H this Friday, it will make him climb the ladder once more over Triple H.

The Universal Champion Seth Rollins will be defending his prestigious title against Baron Corbin at Super Show Down. To become the contender against Seth Rollins, Corbin had to endure himself in a Fatal 4-Way match against The Miz, Braun Strowman and Bobby Lashley. If Corbin lays claim to the Universal Title of Rollins, it will result in his first reign as a World Champion since he joined the WWE.

Dolph Ziggler will be challenging WWE Champion Kofi Kingston inside the ring for his title. At Super ShowDown. Ziggler has always been vocal about how he never received the appreciation that he has always deserved for his achievements. Ziggler had challenged Kingston for the WWE Championship match which the latter accepted.

The chances for the doom of Andrade have increased with the "The Demon" rising to prominence once more. Andrade and Balor clashed recently during the Fatal 4-Way wherein Andrade won second time against Balor. The clash is to be one of the most thrilling clashes as the result of a heated conflict that has been escalating the rivalry between the two. As a part of the match, Balor will be using his demon persona, which he last donned at WrestleMania 35.