Bengaluru, February 17: WWE hosts the second PPV of the year - Elimination Chamber 2019 - at the Toyota Center in Houston, Texas on Sunday (February 17).

Two Elimination Chamber matches will headline this year's edition of the PPV as Daniel Bryan defends his World Championship, while the inaugural Women's tag-team champions will also be decided inside the steeel structure.

In the first chamber matches, six women's tag teams will face off with each other to become the first ever Women's Tag-Team Champions. In the 2nd Elimination Chamber match, the WWE World Champion Daniel Bryan will defend his title against five other superstars.

The construction is underway for tomorrow night’s action inside the perilous Elimination Chamber! #WWEChamber https://t.co/PbsnWcqszS

WWE Elimination Chamber 2019 is the penultimate stop for WWE before Wrestlemania 35. Apart from the two historic chamber matches at the pay-per-view four more titles will be on the line. 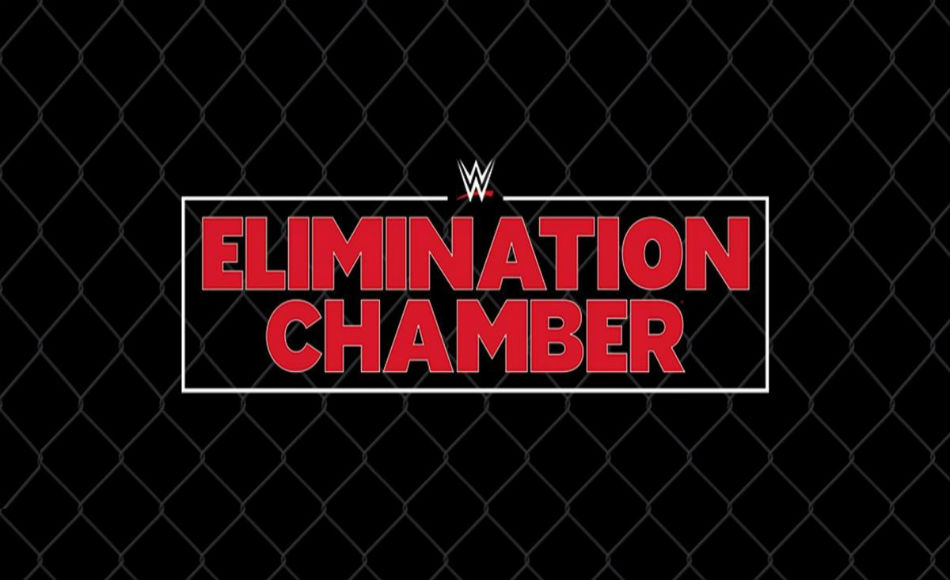 All you need to know about Elimination Chamber 2019

The four title matches are as follows, Raw Women's Champion Ronda Rousey will defend her title against Ruby Riott, Smackdown Tag Team Champions The Miz and Shane McMahon are scheduled to meet the Usos, but with reports of Jimmy Uso's arrest coming in, the match could be on the verge of cancellation.

Meanwhile, Intercontinental Champion Bobby Lashley will team up with his manager Lio Rush to defend his title against Finn Balor in a 2-on-1 handicap match. And the kick off show will see Buddy Murphy defend the cruiserweight title against Akira Tozawa.

205's Buddy Murphy has huge potential and could one day become the World Champion if he moves to the main roster. But, his transition to Raw and Smackdown could take a little longer. So, there is no point for the creative to have him losing Akira Tozawa. Buddy Murphy is expected to retain the title.

This is one of the most abrupt matches in the pay-per-view, even though the storyline has run for so many months now. Braun Strowman, who was the title favourite, suddenly went out of the scene thanks to an elbow injury which needed surgery to fix. And the injury as per kayfabe was caused by Baron Corbin and his band which included Drew Mcintyre, who could interfere in vain leading up to Strowman vs McIntyre match at Wrestlemania. Watch out for Strowman's ally Kurt Angle also during this matchup as Angle vs Corbin could also be in a future card. With outside interference and the match being NO DQ affair, the result could swing in Braun Strowman's favour this time.

Although The Miz and Shane McMahon are enjoying their time as a team and as champions, one can sense that the pair are destined to turn on each other soon for an encounter at Wrestlemania. And losing the tag titles could just be the spark needed for the ‘Best in the World' to start a bitter feud, which could set the stage for a battle at the Grandest Stage of them All. However, the match is in doubt with the news that Jimmy Uso was arrested, but if it happens, The Usos will win the title.

This match has only been included to highlight Ronda Rousey, who is scheduled to meet Charlotte Flair (Becky Lynch or both of them) at the Wrestlemania event. So, there is no way Rousey will drop the title right now as she is destined to headline Wrestlemania. Even a possible intervention from Charlotte could make sure the Rosuey is still the champion. Same could also be said of Lynch, who will want to herself back in the mix. So, the outcome of the match is even if Ruby Riott wins the match, she will via DQ, but Ronda Rousey will surely retain the title.

Vince McMahon is right now on a mission to safe guard his stars after links with AEW, according to recent rumours. So, Finn Balor could be the first benefit from this saga as the Chairman of the Board, is set to hand him the Intercontinental Championship title to stay on at the WWE.

This is perhaps the most unpredictable match of the card as this is an inaugural championship match. So either one of the six teams involved could be crowned winners. But, if creative want strong champions, they could either hand it to Raw's Sasha Banks & Bayley, who are veterans in the current roster. Nia Jax and Tamina, who are being viewed as the possible pioneers for the start of intergender wrestling, could also be given the titles to build their stature. Anybody can win the titles, but the top brass could just hand the tile to the team which has forever worked as a team in The IIconics.

Prediction: The Iiconis or Bayley and Sasha Banks win

There are no spoilers for this contest at this point as there is no potential challenger for Daniel Bryan at the Wrestlemania. AJ Styles seems to be the most obvious choice but the two have already battled for way too long. Samoa Joe is another contender but WWE has never liked a heel vs heel combo, and might not go for it at the Grandest Stage of Them All. Same could be said of Randy Orton, but the Viper could also use the AEW card in his favour to claim gold.