The Odisha Open champion thrashed Thailand's Nutchavee Sittiteeranan in straight games 21-11, 21-19 in the Last-16 match. Starting off the match confidently, Unnati pocketed the first set easily but was pushed hard in the second.

The Indian, however, kept her calm even when the game was poised at 18-18 and displayed her brilliance to wrap up the set as well as match comfortably in her favour eventually.

Top-seed Unnati will now take on South Korea's Min Ji Kim in the quarter-finals on Friday (December 2). In the other U-17 pre-quarterfinals, Dhruv Negi and Anmol Kharb suffered defeats.

While the fifth seeded Dhruv lost to Indonesia's Ryan Widyanto 16-21, 13-21 in the men's section, Anmol put up a strong challenge against Malaysia's Dania Sofea in the women's singles before going down fighting 17-21, 21-19, 13-21 in a close game. 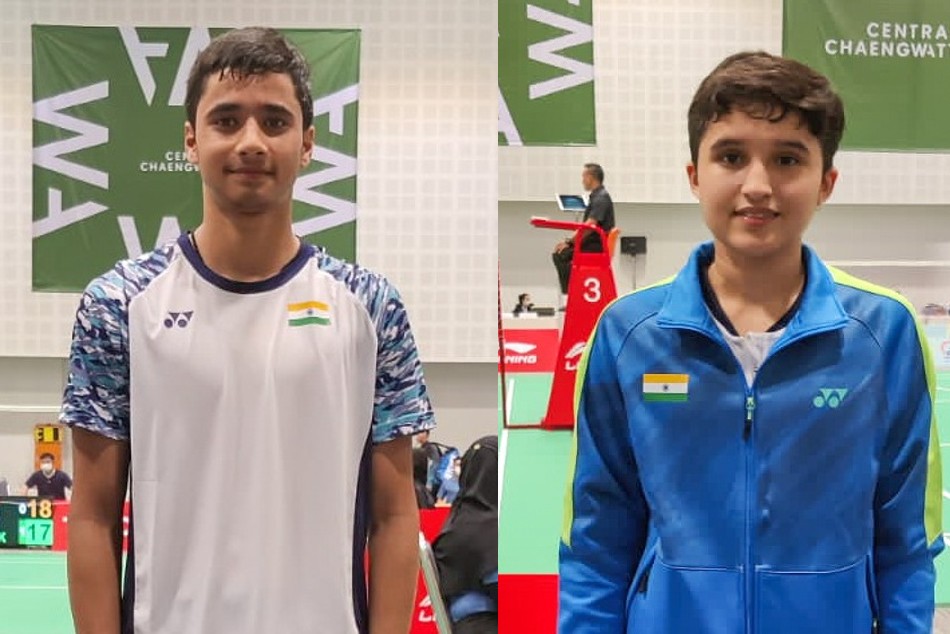 Besides Unnati, India's two doubles pairs also emerged victorious to progress into the U-17 pre-quarterfinals.

Whereas, mixed doubles combination of Arul Ravi and Srinidhi Narayanan notched up an easy 21-14, 21-17 win over Thailand's Rachprung Akat and Hathaithip Mijad.

Women's doubles pairs of Navya Kanderi and Rakshitha Ramraj, and Vennala Kalagotla and Shriyanshi Valishetty suffered defeats in the round-of-32 along with men's doubles pair of Divyam Arora and Mayank Arora.

Meanwhile, the pair of Tanvi Andluri and Durga Kandrapu entered the Last-16 in the U-15 women's doubles category after beating Sunisa Lekjula and Pimchanok Sutthiviriyakul of Thailand by 21-18, 22-20.

Men's doubles duo of Bjorn Jaison and Aathish Sreenivas PV also registered their second win of the tournament as they went past Thai pair of Thanik Foo and Woranan Saengvanich with 18-21, 21-10, 21-16 scores in the U-15 round-of-32 match.