Johannesburg, February 4: Aiden Markram tried to find some positives from South Africa's humiliation against India by suggesting the Proteas cannot get any worse than their Centurion display. 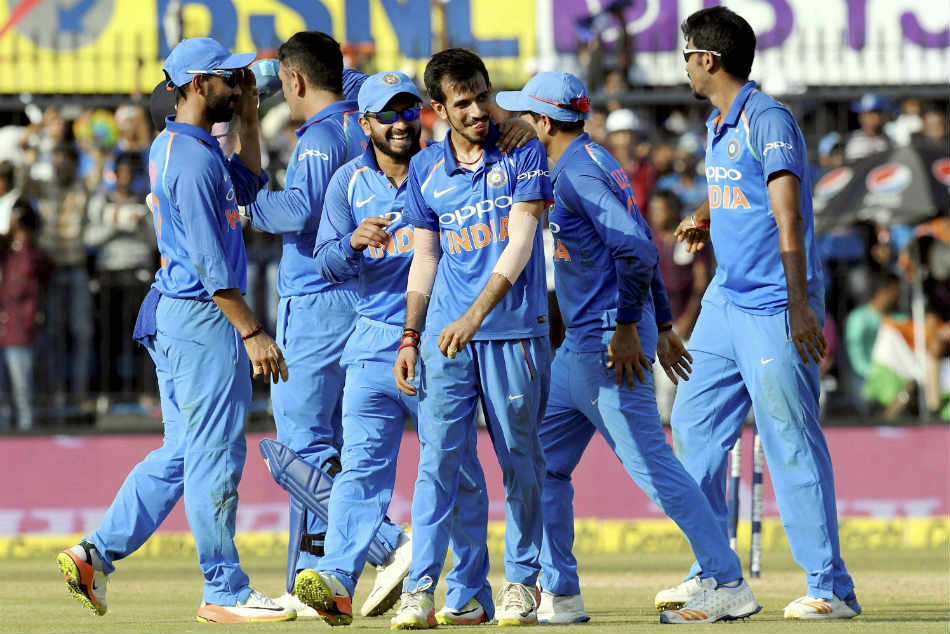 Having been put into bat the hosts could only muster 118 as India's spin duo of Yuzvendra Chahal and Kuldeep Yadav profited on a slow track.

Only five batsmen made double figures as South Africa lost wickets in bunches, with nobody making more than 25 as the tourists were skittled out in 32.2 overs.

India made light work of their run chase to take a 2-0 lead in the six-match series, Virat Kohli and Shikhar Dhawan completing a nine-wicket win.

Markram acknowledged his side had been far from their best, but hopes it could spark South Africa to life in Cape Town on Wednesday.

"Not the best performance," the stand-in skipper said in his post-match on-pitch interview.

"It's a day where we're going to have to be honest with ourselves, each person has to look back to see how they can better.

"But we have a chance to turn it around quickly, that's the beauty of sport.

"There were a couple of soft dismissal, myself included, I have to lead from the front better, we have got to look forward and be positive.

"We can't afford slip-ups now, but that's a good position to be in, it might bring out the best in us.

India captain Virat Kohli was in much better spirits after another excellent display from his side, and he hopes they can maintain that against the vulnerable Proteas.

"We thought at the toss that the ball was going to do a bit early, again Bhuvi [Bhuvneshwar Kumar] and [Jasprit] Bumrah didn't give too much away.

"The pitch was harder than in Durban and the spinners used it.

"We knew [before the tour] we won't get grass on the pitch because when it's seaming it can be anyone's game.

"We knew the wickets would be hard and dry and knew our wrist-spinners could get it to turn.

"They just didn't give South Africa a chance. Two nil is a wonderful position to be in, we want to cash in on that."