Guptill's best and worst work, plus that Santner leave - Things you might have missed in the Cricket World Cup final

London, July 15: There was chaos at Lord's on Sunday as England won the Cricket World Cup, beating New Zealand in the final in scarcely believable fashion.

An incredible clash went all the way to a Super Over and a boundary count to decide the winner after the scores were tied, with Ben Stokes' heroic effort to get England back into the match absolutely vital.

Plenty has been said and written about Stokes, his bizarre accidental six and the Super Over, but a lot of the finer details of the match were lost amid the noise. 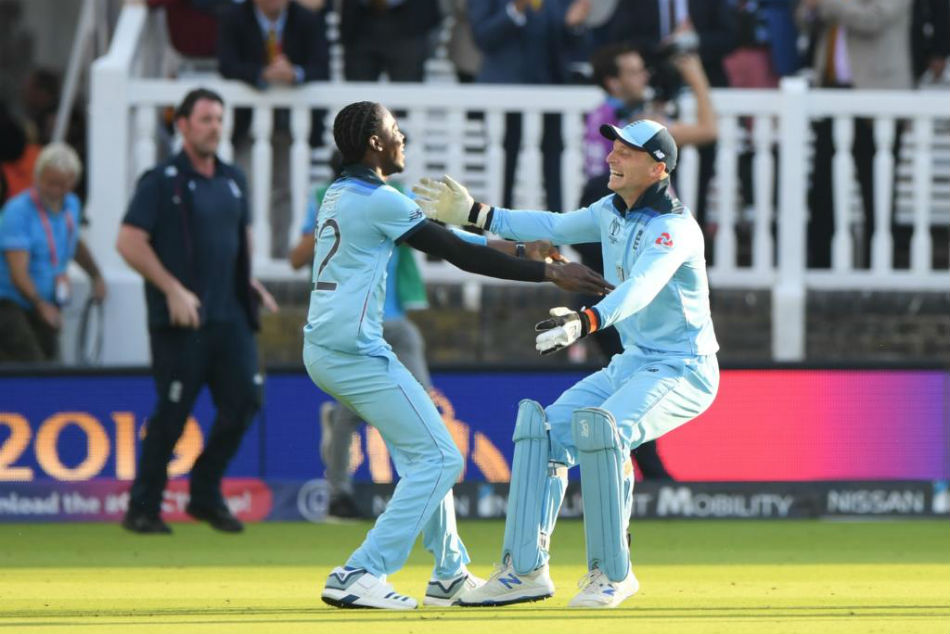 We take a look at five key factors in England's win that might have been missed.

It did not take long for this absorbing contest to spark intrigue as the New Zealand openers had contrasting fortunes with reviews. Henry Nicholls' decision to go upstairs was a good one as replays showed Chris Woakes' delivery, initially ruled lbw, was going over the top and the batsman went on to make 55. Martin Guptill's call when he was dismissed was less impressive. 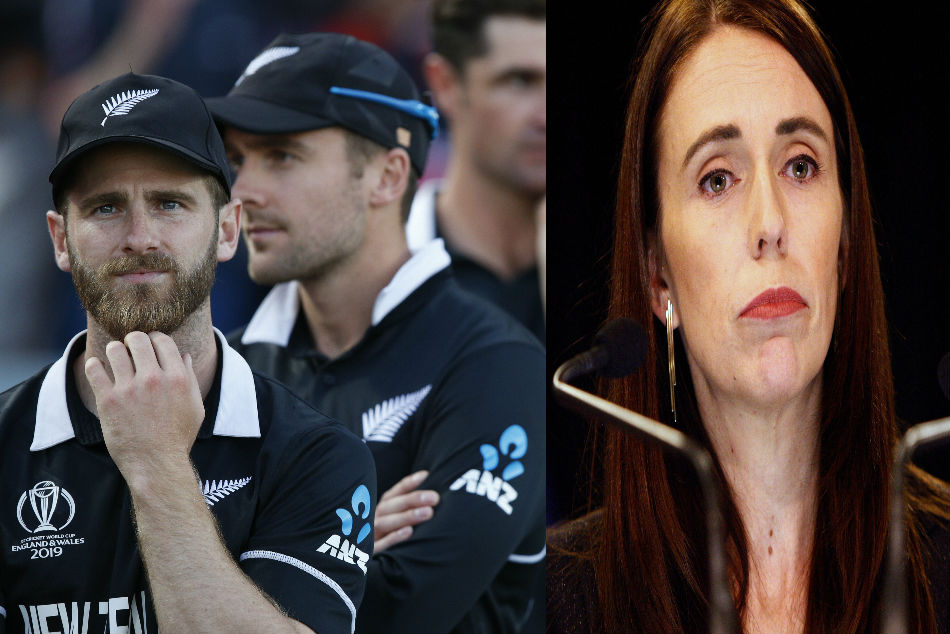 Woakes beat him on the inside edge and Guptill unwisely asked to take another look, throwing away a review. There was then no option open to Ross Taylor, who would have escaped after being pinned by Mark Wood.

Both Kane Williamson and Joe Root enjoyed outstanding World Cups and were fully deserving of their places in the official team of the tournament. But neither man truly fired at Lord's on Sunday, with Williamson gone for 30 from 53 balls and Root even more sluggish with seven off 30.

Tom Latham still performed admirably after the New Zealand captain went, reaching 47, yet they went 92 balls without a boundary at one stage and failed to truly kick on. Williamson ended the tournament with 50 fours but was badly missed in those middle overs - especially considering boundary count became the final tie-breaker.

This really was a match of fine margins, with both teams scoring the same number of runs in their regular innings and then again in the Super Over. Every tiny error could be perceived as costly and there was a bizarre moment as Mitchell Santner inexplicably limited New Zealand's scoring at 241-8. 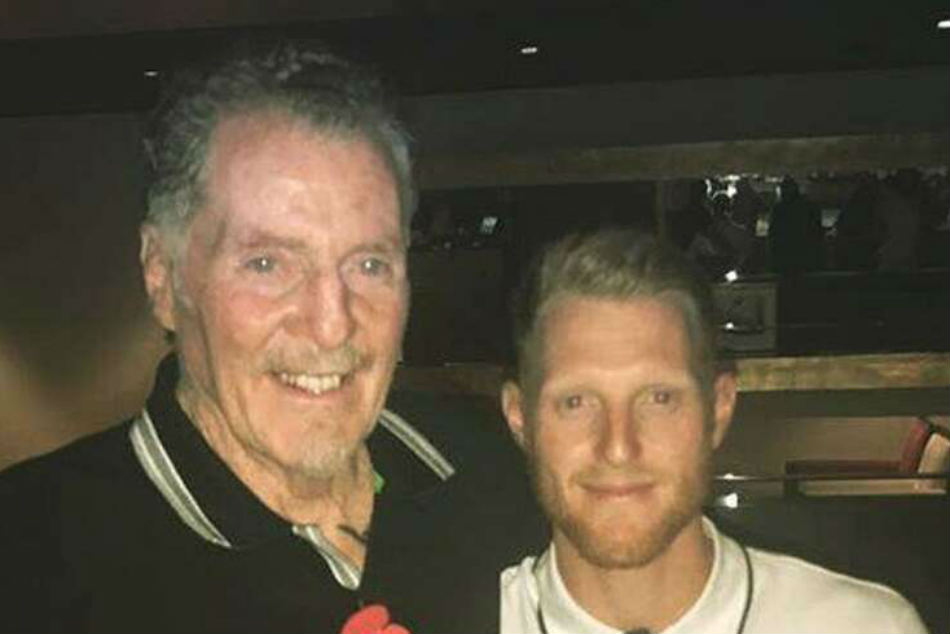 I could be the most hated father in New Zealand, says dad of Ben Stokes

Jofra Archer sent in a slower-ball bouncer to end the Black Caps innings and Santner, with nothing to lose, ducked out of the way. That decision eased England's chase by a tiny but decisive margin.

He might not have been an obvious hero, but had New Zealand held on in the fast and furious finale, Colin de Grandhomme could have been considered the match-winner. England's target of 242 was relatively modest but they were strangled by De Grandhomme, who took 1-25, having dropped Jonny Bairstow in his first over.

His was the most economical 10-over spell in a World Cup final since 1992 when Derek Pringle claimed 3-22. Like Pringle, though, his efforts were ultimately in vain.

Three sixes off the final two overs of England's innings did the damage for New Zealand. But while much has been made of the ludicrous nature of the third, as Ben Stokes accidently nudged a throw to the boundary, Guptill deserves credit for his honesty following the maximum that kickstarted England's surge. 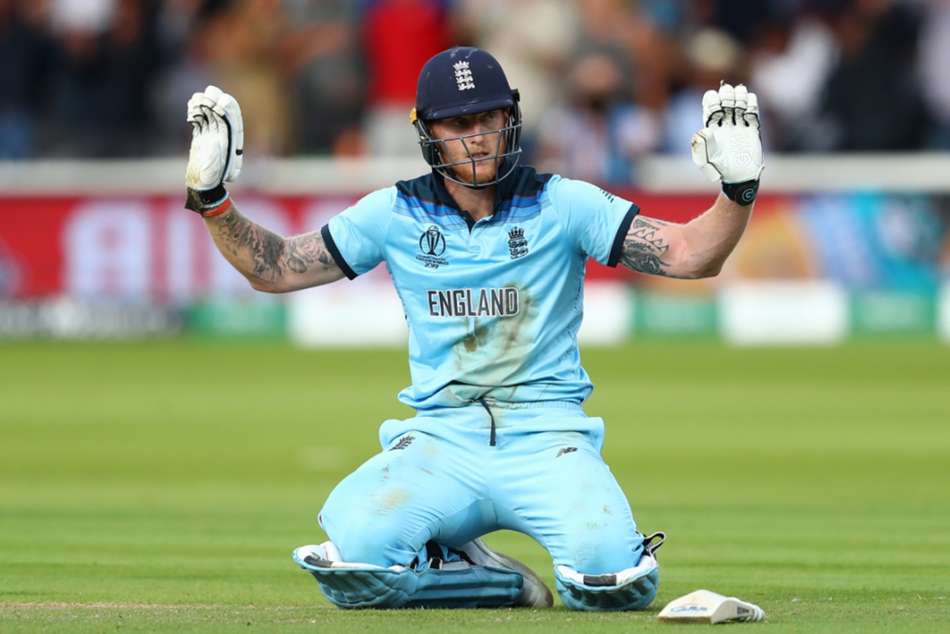 Stokes looked to have been denied at the fence by Trent Boult, but the left-armer stepped on the boundary before unloading for Guptill to take the catch. In a fine show of sportsmanship, for which New Zealand were lauded throughout the tournament, Guptill immediately signalled for six.