Hamilton, December 2: England remain a chance of winning the second Test against New Zealand after Joe Root scored a double century on Monday.

While the tourists, who trail the two-Test series 1-0, scored slowly, they moved into a lead and then struck twice before stumps.

Sam Curran (1-26) and Chris Woakes (1-8) removed Jeet Raval (0) and Tom Latham (18) respectively to give England hope of an unlikely victory.

Curran trapped Raval lbw, the opener opting not to review despite appearing to get an inside edge.

The Black Caps fell to 28-2 when Latham edged Woakes to Root at slip, but Kane Williamson (37) and Ross Taylor (31) were unbeaten at the close of play as they steadied the hosts, reaching 96-2 – still trailing by five runs.

Earlier, Root and Pope combined for a 193-run sixth-wicket partnership to boost England. 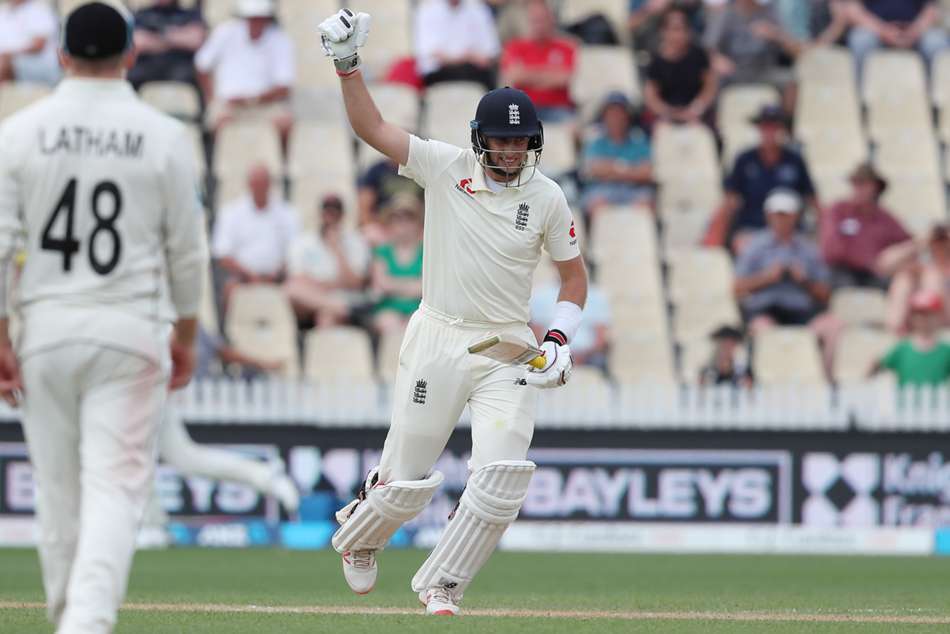 New Zealand struggled to create many chances as England edged into a lead prior to lunch before Root reached his third Test double century.

The tourists looked to lift their run rate but the lower-order were unable to contribute much of note as Neil Wagner (5-124) took a ninth Test five-for.

Woakes and Stuart Broad went for ducks, while Curran (11 not out) and Jofra Archer (8) made small contributions.

But the two late wickets have given England hope, although rain is expected in Hamilton on Tuesday.