London, Sept. 25: Jhulan Goswami's final international game was a hotly debated topic on the internet. While wishes poured in for Goswami as she brought the curtains down on an illustrious career, India's win over England drew criticism from several quarters.

India handed England a 16-run defeat in the final ODI of the three-match series to bring the curtains down on Goswami's record-breaking career with a win. But the match will be remembered for more reasons than Goswami being hoisted by her teammates to give her a fitting send-off. 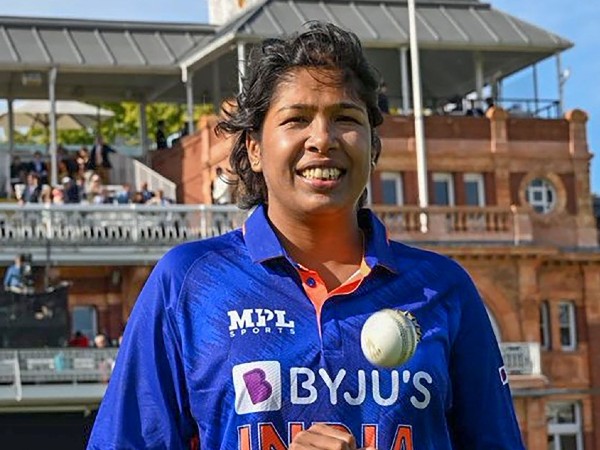 In a thrilling encounter, England restricted India to 169. In reply, the Indian bowlers ripped through the England line-up. But Charlie Dean kept the hosts in the game. Struggling at 119/9, Dean along with Freya Davies denied India the final wicket as the edged closer to a win.

With India one-wicket away from a win and England needing 17 to win with 39 deliveries in hand, Deepti Sharma handed India the win. On the third delivery of the over, the off spinner pulled out from finishing her delivery to calmly take the bails off at the non-striker's end. Dean had rushed out of the crease before Deepti had released the ball and that allowed Deepti to stop and run out Dean at the non-striker's end.

The umpires called it a dead ball, but skipper Harmanpreet backed the runout appeal. The third umpire ruled in Deepti's favour which saw Dean break down in tears as India snatched a win from right under England's nose.

It should be noted that just a week ago the ICC made changes which will come into effect from October 1st. Though the commentator's were heard saying that the dismissal was a controversial one, as per rules, Deepti was well within her rights to run out Dean.

Though reduced to tears, Charlie shook hands with the Indian cricketers. Patting Charlie on the back after the heartbreaking dismissal, the Indian players went on to hoist Goswami up on the shoulder to give her a fitting send-off.

But off the field the internet was already divided as the Indian players were criticised and backed in equal measures. When asked about the dismissal at the post-match presentation ceremony, skipper Harmanpreet backed Deepti as she said, "It's part of the game. I don't think we have done something new. It shows your awareness, what batters are doing. I will back my players, she hasn't done something outside the rules."

While several former England cricketers also joined the bandwagon to critise the Indian team and talk about the 'Spirit of the Game', Indian cricketer Amit Mishra was quick to point out England's World Cup win over New Zealand, which they won via boundaries.

As renowned broadcaster Piers Morgan lashed out at India, Mishra quickly reminded him of England's World Cup win. Morgan took to Twitter and wrote, "Absolutely pathetic way to 'win' a cricket match. The whole Indian team should be ashamed of themselves."

Mishra was quick to respond, as he wrote, "Lol really? Using a rule to their favour is still better than winning a world cup through series of wrong umpiring decisions."

The dismissal left players, fans and critics divided as the 'Spirit of Cricket' and 'Mankading' was hotly debated on social media.

Here's how current and former players, critics and fans reacted to the dismissal:

Lol really? Using a rule to their favour is still better than winning a world cup through series of wrong umpiring decisions. https://t.co/5MSRdXSYVb

Deepti Sharma has put Ganguly's celebration to the back seat. That is how you win a game at Lord's.

There’s surely not a person who has played the game that thinks this is acceptable?

I find the debate of the Mankad really interesting. So many views from either side. I personally wouldn’t like to win a match like that, also, very happy for others to feel differently https://t.co/BItCNJZqYB

It's actually quite simple. Ball comes into play when bowler starts run up. From that moment on as a batter or non striker you've to keep your eyes on the ball, if you're a bit careless, opposition will get you out. And you can get out at either ends. #ENGvIND

Why the hell are you trending Ashwin? Tonight is about another bowling hero @Deepti_Sharma06 🤩👏

Imagine a World Cup final. 1 to level scores. Non-striker charges down for a single and is in by a quarter of an inch. Suppose it turns out that she had the left the crease before the ball was bowled. Would that be fair? Would running less to win be in the spirit of the game?

Well done, Deepti Sharma. You did the right thing. And don’t let anyone tell you otherwise.

And well done, Team India 😊😇 The sweet taste of a clean sweep on English soil. Brilliant. 😊🤩