ICC World Cup 2019: Mohammed Shami's estranged wife Hasin Jahan has this to say on his hat-trick

Shami is the only fourth Indian bowler after Chetan Sharma, Kapil Dev, and Kuldeep Yadav to take a hat-trick in ODI format. UP-born cricketer, who plays for Bengal in the domestic circuit, in the tenth bowler to claim a hat-trick in the World Cup and joined an elite club. 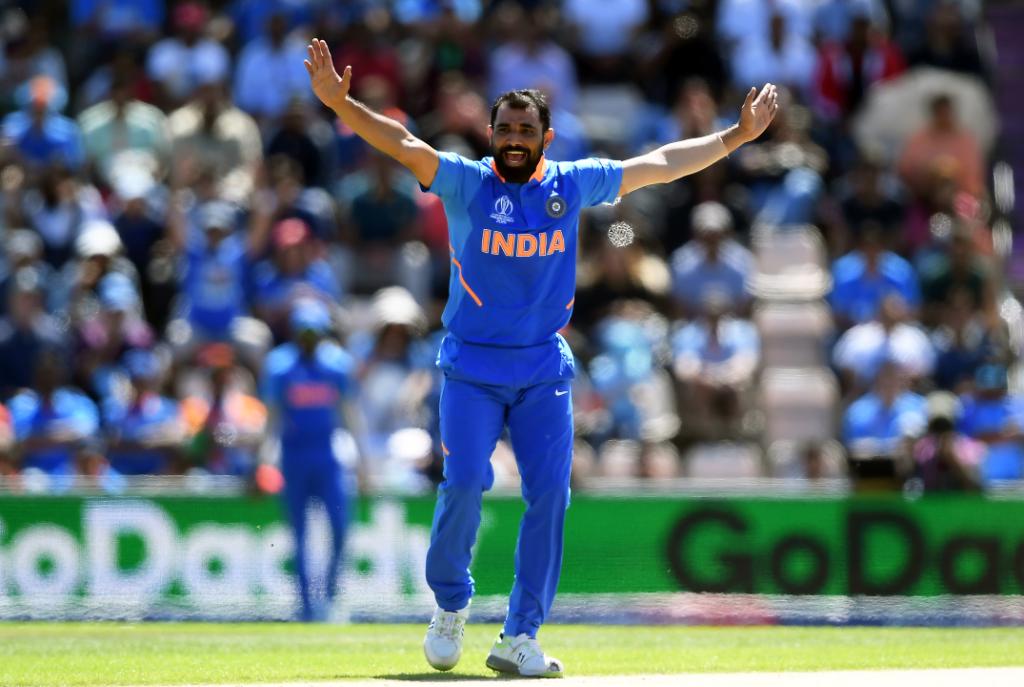 Shami took the wickets of Afghanistan's Mohammed Nabi, Aftab Alam and Mujeeb Ur Rahman to enter his name in the history books. Shami was playing his first game in the ICC Cricket World Cup 2019 after his pace partner Bhuvneshwar Kumar sustained an injury against Pakistan.

Indian bowlers produced another clinical effort as they were defending a below-par total of 224. The entire Indian bowling unit once again performed exceptionally well and prevented Afghanistan batsmen to cross the line and shock them.

Eventually, Team India won the game by 11 runs and continued it's unbeaten run in the tournament. Jasprit Bumrah was awarded the Man of the Match for his clinical bowling effort but it was Shami who hogged the limelight as he returned with a hat-trick, which is still an incredible feat and a rarity in all formats of cricket.

Shami's hat-trick has also made his estranged wife Hasin Jahan praise him.

This is what Hasin Jahan had to say:

Speaking to a Hindi news daily, Amar Ujala, Hasin Jahan said that playing for the country is a matter of pride for all players. To do well in a match is really awesome.

Without directly naming Shami, Hasin said that it is a matter of great pride for players to perform well at the highest stage. She said that team India has to maintain this rich vein of form to win the World Cup. Hasin Jahan said that she hopes team India lift the World Cup trophy.

Celebration at Shami's ancestral village in UP

Shami's family were also jubilant with his historic feat in ODI. In his ancestral home in Amroha (Moradabad, UP), Shami's elder brother and his relatives celebrated Team India's win over Afghanistan and the celebration was doubled as their local boy played a significant role in the team's victory.

Shami's brother revealed they were initially tensed as the match but Shami emerged as the gamechanger was the icing in the cake. They were disheartened that Shami missed the first few games but were extremely proud of him as he announced his arrival in grand style.

Earlier last year, Shami's wife Hasin Jahan accused him of having multiple extra-marital affairs. In a startling revelation, Hasin Jahan also alleged that the Bengal pacer and his family subjected her to mental and physical torture.

Hasin Jahan didn't stop there, she even dragged the cricketer in court and filed police complaint against him and his family.

She also made several other startling accusations against the cricketer and the biggest among those was that he Shami was involved in match-fixing and for that he was in contact with bookies from London and UAE.

The BCCI's anti-corruption unit, however, investigated the matter and acquitted the cricketer of these allegations and cleared him to play for India once again.