By Pti
Updated: Tuesday, May 7, 2019, 17:21 [IST]
oi-Chitrangada Dc
Rashid Khan and Mohammad Nabi had earlier voiced their concerns over the change in the Aghanistan captain ahead of the upcoming ICC Cricket World Cup

New Delhi, May 7: Afghanistan chief selector Dawlat Khan Ahmadzai on Tuesday justified the unexpected sacking of ODI skipper Asghar Afghan ahead of the World Cup, saying the decision was taken looking at the long-term future of the team.

The three-member selection panel led by Ahmadzai announced three captains for three formats last month, in a move that led to unrest in the team with star players Rashid Khan and Mohammad Nabi openly voicing their concerns over the timing of the decision.

"We realised that we can't win the World Cup at this moment under Asghar's captaincy or anyone else who would have been in charge. We made the decision not just thinking about this World Cup, we are thinking about the 2023 edition. We will be getting 10 matches with full members and we feel it will provide perfect training for the new captain (Gulbadin Naib)," said Ahmadzai, who is a former Afghanistan fast bowler.

Asked about the need for announcing split captaincy less than two months from the World Cup, the chief selector said: "Like you are expressing your concern to me, there were concerns expressed by the players (Rashid and Nabi) and the entire issue was handled professionally. They felt it was not the right time to change captaincy but later understood that it was in the best interest of the team." 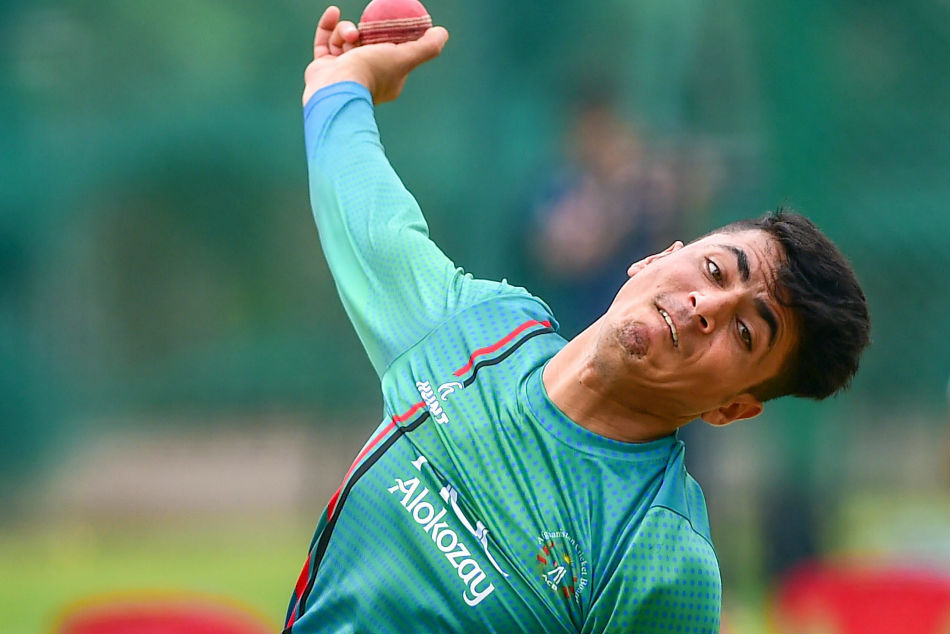 ICC World Cup 2019: Will use Ashwin's tips in the World Cup: Mujeeb ur Rahman

Asghar was the captain in all formats but now Naib will lead the team in the 50-over World Cup, Rashid in T20s and Rahmat Shah in Tests. Ahmadzai insisted Naib is the right choice to captain Afghanistan in ODIs. "The team members, including Rashid and Nabi, are now happy for Gulbadin. He is not a new man. He has been playing for 17 years and has captaincy experience at the first-class and U-19 level.

"Asghar himself has said that Gulbadin is like his younger brother who believes that Asghar's experience will come in handy in the World Cup. They are a united front now. Changes happen. Sri Lanka also changed their captain," said Ahmadzai referring to Naib, who has played 52 ODIs and 38 T20 Internationals.

Leggie Rashid is Afghanistan's biggest star at the moment, having tasted success in leagues all around the world including the IPL. Asked why he was not chosen to lead the team in the World Cup beginning May 30 in the UK, Ahmadzai said: "Rashid is not ready for all formats but he is ready for T20. He is too busy playing (all around the world)."

The team, which made its World Cup debut in 2015, is currently preparing in South Africa. The chief selector said the aim is to make the last-four of the mega event and surprise a few teams. "There was no Rashid or Mujeeb in 2015 so this time we are aiming for a semifinal berth. With the team composition we have, we can definitely surprise a few teams."

Asked if Afghanistan is too dependant on their star spinners, Ahmadzai disagreed. "Hamid Hasan is back into the fast bowling attack and that is a big boost. He has been a great fast bowler for Afghanistan and will lead the pace attack alongside Dawlat Zadran."

He is also happy with the team's preparation for the quadrennial event. "Two things are required for the team to perform well: selection and preparation. We have been working on that for the past six months. We have played in Scotland and South Africa, we feel the preparation is complete.

"We have a well-balanced team. Rashid has done well in county cricket, Mujeeb can use the new ball and we have potent fast bowlers who can exploit English conditions."

Talking about the health of the game back home, the chief selector said the sport is growing rapidly and "there are around five lakh cricketers in the country and most of them want to be Rashid."

"There is also a lot of work going at the first-class level. Shah is specifically working on building the Test team."