New Delhi, June 25: Bangladesh star all-rounder Shakib Al Hasan is in a form of his lifetime and the cricketer is setting records with every passing game at this ICC Cricket World Cup 2019.

In the match against Afghanistan, the all-rounder continued his fine form and guided his team to another fine win. Shakib first scored an impressive fifty and later took five-for as Bangla Tigers secured a 62-run win over Afghans on Monday (June 24).

The win at the Hampshire Bowl owed much to a patient batting performance by Bangladesh. In addition to Shakib, keeper Mushfiqur Rahim also notched a half century to get them to 262/7 - and Afghanistan were then knocked over for 200. 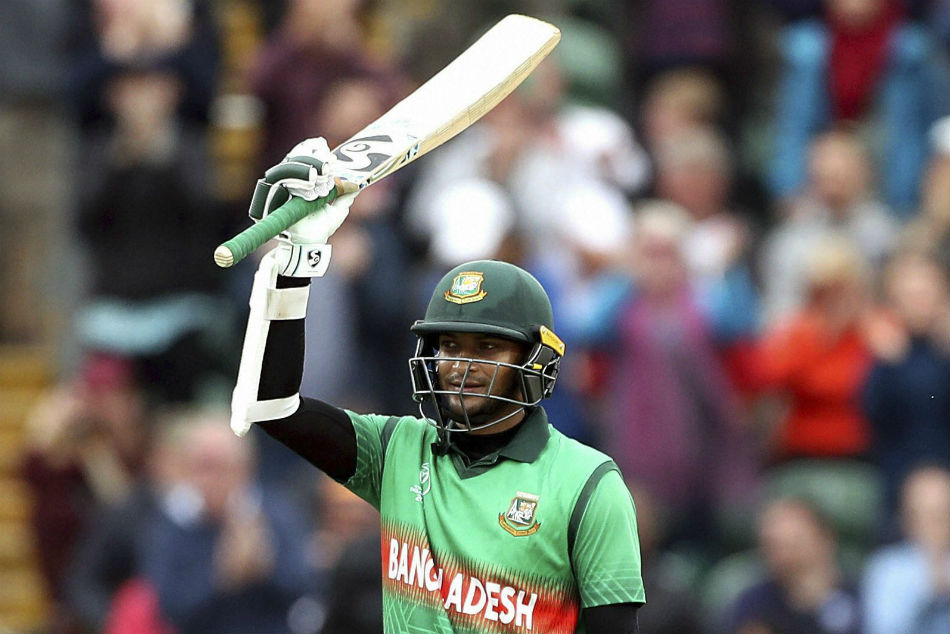 Shakib Al Hasan: Has he already become the player of the tournament?

However, it was Shakib who stole the show with his all-round show as the 32-year-old achieved a rare feat in the quadrennial event and matched the record of former India all-rounder Yuvraj Singh. India won the 2011 World Cup title.

The left-arm spinner from Bangladesh became only the second bowler after Yuvraj to claim a fifer and score a fifty in a World Cup game.

Yuvraj - who was the player of the series in 2011 World Cup - was the first player to claim such incredible figures during a match against Ireland. Yuvraj picked up 5 wickets in the game for 31 runs and later scored 50* off 75 balls.

Shakib first scored 51 off 69 deliveries as Bangladesh posted an imposing 262/7 in 50 overs. The leg-spinner returned with highly impressive figures of (10-1-29-5) and guided his team to an emphatic victory.

Shakib has already touched some milestones in the ongoing showpiece event and he has been a vital cog in Bangladesh's sublime run in the tournament.

He has now passed 400 runs and taken ten wickets in the same World Cup - a feat never before achieved by an all-rounder at this tournament.

But personal achievements are not the priority for the 32-year-old, who has passed 50 every time he has batted this summer, except for against Australia when he made a run-a-ball 41.

"I don't rank my performance at all, but it is very satisfying when I'm contributing with both ball and bat rather than just in one sector," he said. "It was needed and important from my perspective and the team.

Earlier, he equalled legendary Sri Lanka all-rounder Sanath Jayasuriya's record of picking up 25-plus wickets and scoring 1,000-plus runs in the World Cup.

Shakib is now hoping his team play with same intensity against India to bolster their chances of making it to the semi-finals.

"Experience will help, we have to play our best cricket to be able to beat India. They have got world-class players who can take the match in their own hands. We have to be at our best but I believe we are a capable enough team."

Bangladesh's final two games in this tournament are against India and Pakistan, and both must be won if they are to catch England and secure a place in the knockout stages.