Kohli (123) added to his overnight 82 to score his 25th Test hundred before he was given out off Pat Cummins. The soft signal was out and replays were inconclusive as to whether Handscomb actually got his fingers under the ball. 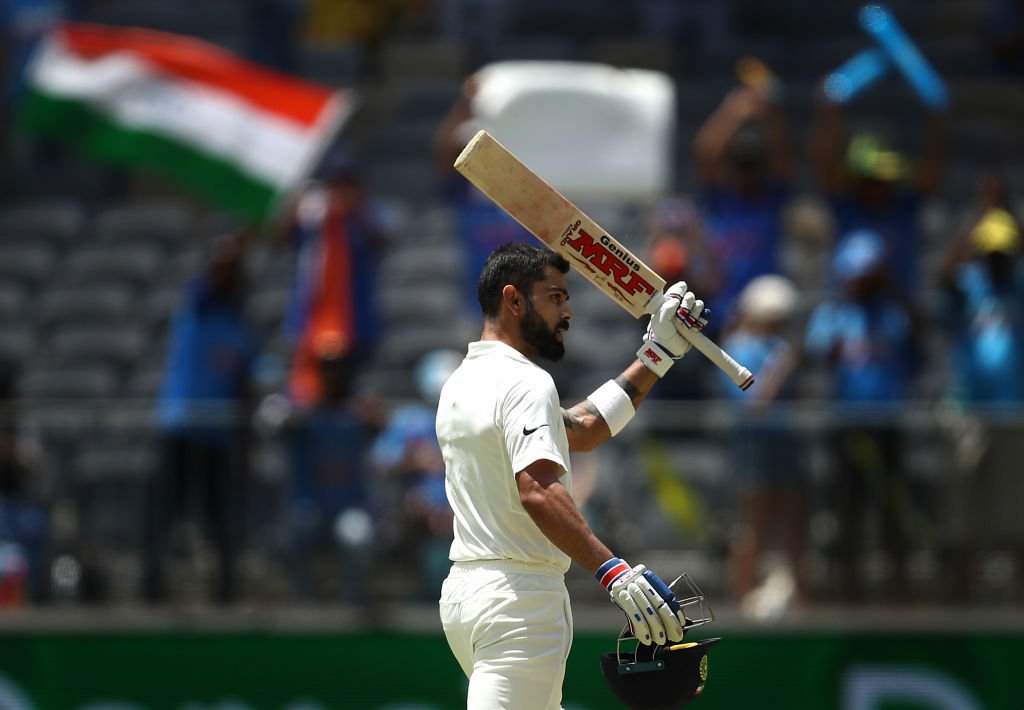 The Indian captain's dismissal triggered a debate on the social media as many questioned the TV umpire's decision. However, the India-Australia Test matches have witnessed several controversial decisions over the years.

Here are a few controversial decisions and appeals during India-Australia Test matches:

Former Australia captain Ricky Ponting stunned all with his false catch appeal against India wicketkeeper MS Dhoni during the Sydney Test in 2008.

Dhoni had defended the ball off Brad Hogg by extending his front foot and Ponting, standing at silly point dived forward to catch the ball and looked convinced about it.

No other Aussie player except Ponting was convinced about the catch. Everyone was surprised when a senior pro like Ponting made a false appeal.

Clarke's catch of Ganguly at slips

The Sydney Test in 2008 was full of controversy and Ponting's false catch appeal wasn't just one of them. Former India captain Sourav Ganguly too became a victim of the poor umpiring decision.

Ganguly tentatively pushed the ball of Brett Lee, resulting in a thick outside edge. The ball flew straight into the hands of Michael Clarke at second slip. Clarke claimed the catch and started celebrating. TV replays confirmed that the ball made contact with the ground before entering Clarke's hands.

However, there was no Decision Review System (DRS) available in the series. Mark Benson, the on-field umpire, ruled in favour of the fielding captain i.e. Ricky Ponting and didn't even cared to refer it to the third umpire.

To everybody's shock, the Aussie skipper raised his finger indicating that Clarke's catch was and Benson subsequently declaring Ganguly out, but the southpaw stood his ground as he was unsure whether the catch was legitimate or not. Ganguly, however, left the field agitated.

In the same Test match, veteran umpire Steve Bucknor ruled in favour of the Aussies on various occasions and India's prospects in that game were severely dented. Young India pacer Ishant Sharma had got a thick outside edge of Andrew Symonds on 30 but Bucknor turned the appeal down, to everybody's surprise.

Later, the third umpire gave a breather to Symonds (48) by ruling in the batsman's favour. India's stumping appeal - which the replays confirmed that the batsman didn't make it to the ground before the bales were dislodged by MS Dhoni - went unheard.

During the first Test match (2018) between India and Australia in Adelaide, Josh Hazlewood was the final wicket to fall as KL Rahul took a catch off R Ashwin's bowling.

Rahul pouched Hazlewood at second slip as Indians broke into celebration to celebrate the win. The players didn't even noticed if the catch was taken cleanly or not even the umpires didn't go upstairs to check it.

Fox Star later shared a video on their Twitter handle and questioned whether the catch was clean. Even former Australia cricketers Dean Jones and Ricky Ponting also questioned the dismissal.