Rajkot, Jan 17: India batsman Manish Pandey may not have contributed with the bat in the second one-day international between India and Australia in Rajkot but he certainly had something to cheer about as a fielder.

The Karnataka cricketer, who is one of the best fielders in the current Indian side, took a stunning one-handed catch at point to end dangerous David Warner's innings cheaply.

Warner walked into the middle along with captain Aaron Finch to start Australia's response with the bat after India posted 340/6 in 50 overs. The explosive left-handed batsman started on an attacking note as he had scored 15 off 11 deliveries. 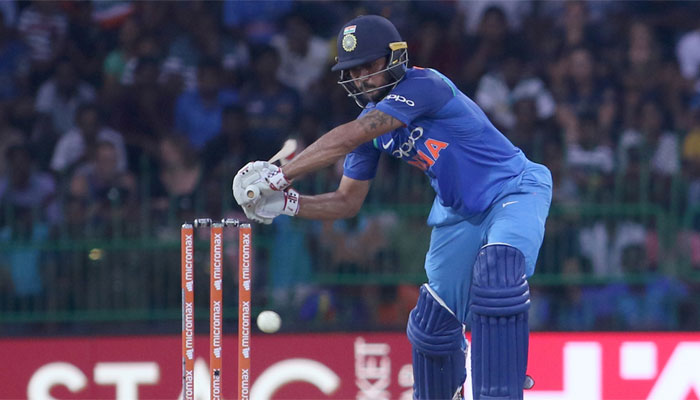 On the 12th delivery, the southpaw looked to hit pacer Mohammed Shami over point region but an alert Manish Pandey jumped into the air and plucked it out of thin air which left even Warner stunned.

Ravindra Jadeja, who is hailed as the best fielder in the Indian side, was also stunned with Manish's effort and came running towards his teammate and lifted him in the air.

Manish, however, didn't have a memorable outing with the bat as he was dismissed for 2. The 27-year-old Karnataka cricketer came in as a replacement to Rishabh Pant, who suffered a concussion during the first ODI at Wankhede Stadium while batting.

What a catch Pandeyji! A couple of more magical moments like this and India will secure a win

That catch from @im_manishpandey though 😍

Pandey made his comeback in the ODI side after a gap of 16 months. The talented right-handed batsman played his last ODI way back in September 2018 during a match against Afghanistan in the Asia Cup.