Hamilton, Feb 4: Team India will lock horns with New Zealand in the first one-day international at Seddon Park in Hamilton on Wednesday (February 5).

The Men In Blue are coming back from a dominant T20I series triumph against the Black Caps after hammering the hosts 5-nil in the five-match series.

However, Team India will miss the services of their regular openers Shikhar Dhawan - who suffered an injury before the NZ tour - and Rohit Sharma - who was left out from the ODI squad after suffering a calf injury during the T20I series against NZ. 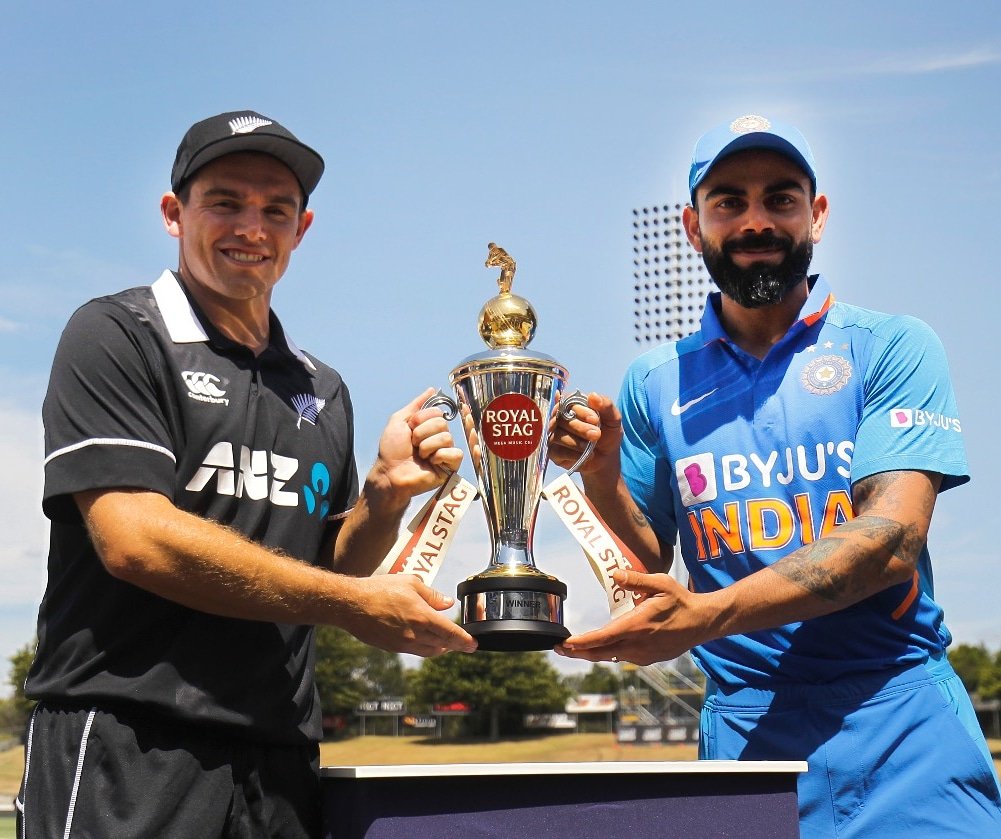 Debutants Mayank Agarwal and Prithvi Shaw will be handling the responsibility of opening the innings for the tourists in the absence of Dhawan and Sharma. KL Rahul will be keeping the wickets for India in the ODIs and that means Rishabh Pant might keep warming the benches. 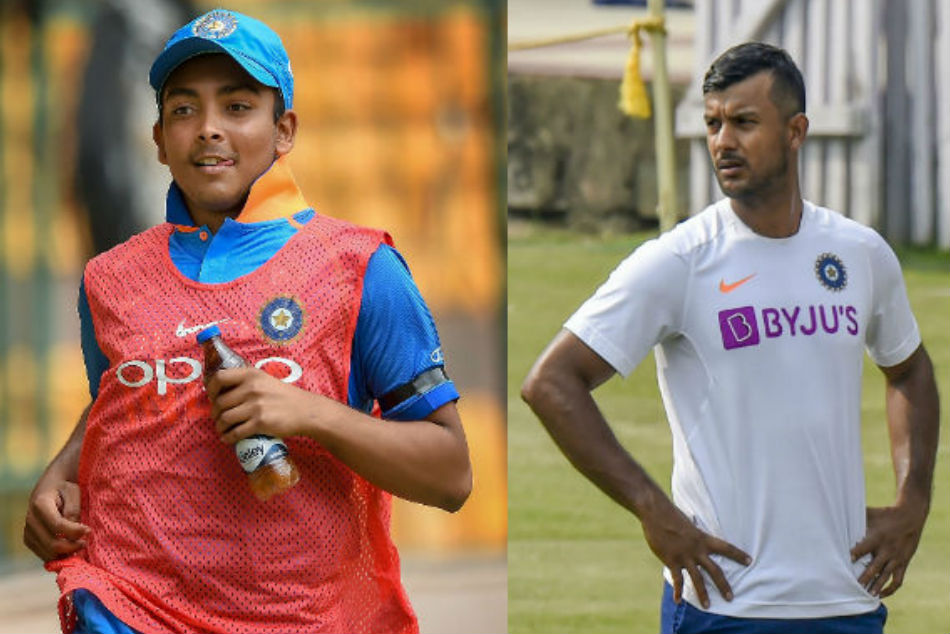 Here's how India's Playing XI look like in Hamilton:

The talented youngster was given his maiden ODI call-up after returning from the ban which he suffered for consuming the banned substance.

The talented batsman made his way up after his return by doing well for Mumbai. He has also done well for India A side in New Zealand and got the reward. Shaw will be opening the innings for India in Hamilton.

Just like Shaw, Mayank Agarwal too has been rewarded for the good show in the domestic circuit. He was named as Rohit's replacement for the ODI series. Already a Test regular, Mayank will now be looking to present his case for the limited-overs format as well.

In List A cricket since 2018, the batsman has played 38 matches, scored 2120 runs with 157 being his best score. He averages a healthy 60.57 and slammed eight tons and seven fifties in that period.

The captain charismatic will be coming in to bat at number three and will have more responsibility on his shoulders in the absence of Rohit and Shikhar. The batting mainstay would look to improve his figures the Kiwiland with a couple of big innings.

Also, he hasn't slammed any century in the year 2020. He came close to notching up a ton against Australia at home but missed it.

The Mumbai cricketer has been doing exceedingly well for India lately and the stylish batsman would be aiming to dominate New Zealand bowlers in the middle overs to consolidate number four spot for himself.

His performance in the T20I series was a mixed bag and the right-handed batsman would be looking to score big in the 50-over format.

KL Rahul was the player of the T20I series as he did almost everything good in the series. The Karnataka cricketer scored runs, effected brilliant stumpings and run-outs, and even led the team in the absence of Rohit and Virat on the field.

The stylish cricketer - who going through the best phase of his life in the white-ball cricket - would be hoping to continue the momentum in the ODIs as well.

Manish Pandey has been one of the positives for the side from the T20I series against the BlackCaps. The right-handed batsman from Karnataka delivered every time he walked in to bat in the just-concluded series. Even during the Australia series at home, Pandey did well. He has been one of the best fielders in the side and it will be a little harsh on him if he's asked to sit on the benches.

In the nets on Tuesday, Manish Pandey batted along with Kohli and Iyer, ahead of Shivam Dube, Rishabh Pant and Kedar Jadhav.

The only person who could pose a threat to Pandey is the diminutive batsman from Pune. The batting all-rounder could get a go-ahead if the team management looks to add another bowling option into the side. Jadhav is a good batsman lower down the order but he has been out of action for quite some time for he's only picked up for the ODIs.

The Saurashtra all-rounder was rested in the last two T20Is against New Zealand after playing a crucial role in Team India's unassailable 3-0 lead. The leg-spinner performed well in every department and becomes an automatic choice in the ODI playing eleven in the series opener.

Kuldeep Yadav, who sat out the entire T20I series, is slated for a comeback given his performance against Australia at home. The Chinaman might just pip his wrist-spin twin Yuzvendra Chahal in the ODIs for Chahal played all five T20Is. Kuldeep might be more effective than Chahal in the ODI series.

Yuzvendra Chahal, on the other hand, will get a chance into the playing eleven if the team management either feels to give him some ODI match practice or Kuldeep isn't 100 per cent fit.

The Delhi speedster has shown tremendous improvement in the last six-to-eight months he's played. The right-arm quick has already impressed the experts with his accuracy and pace and he might just pip Shardul Thakur to become the third fast bowling option in the ODIs against NZ.

The senior pacer was rested in the last two T20Is against the Kiwis and would now be making his appearance in the ODI side after getting recharged from the break. Shami has been the leading wicket-taker in the ODIs since 2019 and the Bengal pacer would be looking to continue with the momentum.

The talented speedster looked a bit rusty at the start of the T20I series against New Zealand but by the end of the series, Bumrah proved why he's considered as one of the deadliest bowlers in the game.

The way Bumrah led India's bowling attack in the fifth and final T20I to defend a below-par total was simply outstanding. He would now be raring to come out all guns blazing in the 50-over format.