India vs New Zealand: Just look to enjoy my cricket rather than thinking about being lead spinner: Axar Patel

Bengaluru, Nov. 27: Indian spinner Axar Patel along with R Ashwin put India in control on day 3 of the first Test against New Zealand in Kanpur. 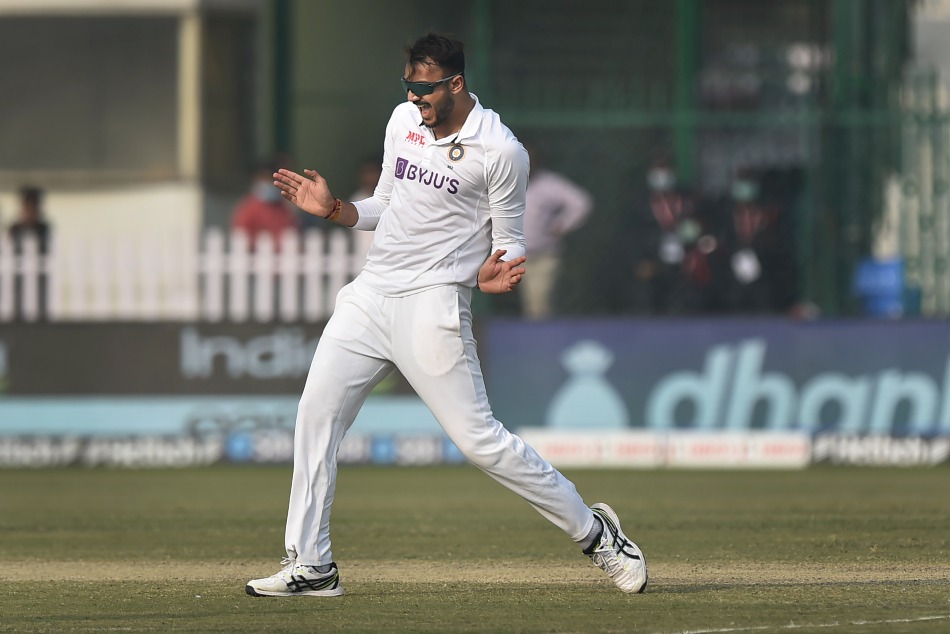 Patel, who pocketed a five-wicket haul to rock the Kiwi line-up said he just enjoys his cricket and doesn't give much thought to whether he can play a lead spinner role or not. With senior teammate Ravichandra Ashwin leading the spin attack for India, Patel said he's just focussed on how he can contribute to the team.

On Saturday, Patel and Ashwin put India back in control, after New Zealand were cruising at 196 for 1 at one stage at the Green Park Stadium. While Patel picked up a fifer, Ashwin pocketed three crucial scalps to hand the reigns back to India. At stumps on the third day, India's score read 14/1 with Cheteshwar Pujara (9) and Mayank Agarwal (4) at the crease after Kylie Jamieson removed Shubman Gill for just 1. The hosts headed into the fourth day of the Kanpur Test on the back of a 63-run lead.

During a virtual press conference after the third day's play, Axar was asked what advice he had for the Indian batsmen, the spinner said, "Our batters were there at the ground, they do have an idea how to play on this wicket. If you are playing on the merit of the ball, then the pitch is not doing that much. The odd-ball is keeping low. We will tell our batters to be patient and wait for the loose balls.

New Zealand who were cruising at 196 for 1 folded at 296 after Patel's fifer put the brakes on the visitors. Talking about his five-wicket haul, which included the scalp of Tom Latham, who top scored for the Kiwis with a solid 95, Patel said, "I was using the crease a little more today. Whenever I bowled, I used the crease. It helped me to get a little purchase of the wicket. KS Bharat kept really well. He will keep improving."

Talking about the pressure that built on the Indian bowlers, having gone for 67 overs with no wicket, Patel said, "It does get difficult if you do not get wickets for 67 overs, but the dressing room was calm. Rahane and Dravid told us to be patient, they told us how one can bring two-three wickets. If you take pressure on yourself, then it gets difficult."

Heading into the fourth day of the opening Test, India have 63-run lead with one wicket down. Mayank Agarwal and Cheteshwar Pujara remained unbeaten at the end of day's play.