Mohali, April 12: Down in the dumps after six straight losses, Royal Challengers Bangalore spinner Yuzvendra Chahal on Friday (April 12) admitted that his side failed to click as a unit this season so far but said staying focused and hoping to win the remaining games was the only option before the team now.

"We have to forget about the games we lost because we cannot change the results. We have to put losses behind and focus on eight matches coming up," Chahal said at the pre-match press conference ahead of their crucial game against Kings XI Punjab here on Saturday. 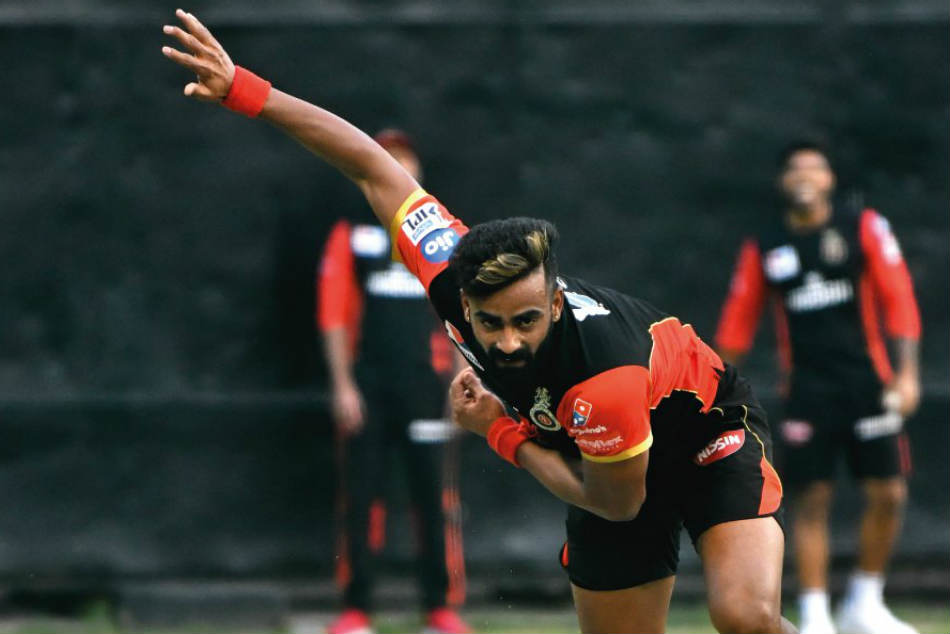 Virat Kohli-led RCB have lost six matches on the trot and are placed at the bottom of the points table. Chahal, the side's leading wicket-taker, believes that all is not over yet.

"We are six down, but we still have an outright chance to qualify for the playoffs. If you can remember in 2016, when we played in final, we were in the same kind of situation. We needed to win six out of seven games. We need to back our skills," he said.

On where things went wrong for RCB this season, Chahal said, "I am not going to blame batting or bowling. I think as a team we have not clicked, we are not playing as a team. Sometimes our batting is not working and sometimes bowling. We need to understand that it is not an individual game, you can't depend upon a couple of players. All eleven players need to step up."

He also said that RCB will need to do better in the death bowling. "We need to improve in our death bowling as well. It is a big issue for us. We are bowling well till the 16th over. We need to finish well," the wrist-spinner said.

The frequent chopping and changing in the top order had also affected the team balance of RCB and Chahal, when asked to comment on this, said, "We are a settled squad. There is no question about it. We want Virat and AB de Villiers to play as much as possible. We change the top order according to the situation of the game."

Bold Army! Here's a glimpse at a special message from our boys in red to you. Catch the full exclusive video on the official RCB app. Watch it here! > https://t.co/9uM4w9C4cw pic.twitter.com/l8cM7vHn1i

Chahal admitted that RCB fielding has not been up to the mark and said dropping 12-13 catches was simply unacceptable. On the week-long break which the side had, Chahal said, "The break was good for us. We discussed where we are committing mistakes. Tomorrow is an important match. If we can win this, we can get back the momentum."

Addressing a separate press conference, KXIP head coach Mike Hesson said that he was hopeful his in-form batting order will be back in full strength, including Chris Gayle. He said both Gayle and Mayank Agarwal have recovered and are highly likely to feature in the playing XI on Saturday. KXIP have won four out of seven games they played so far.

"Gayle has made some good recovery, it's just back spasms, not anything major. He got a whack on his foot but that seems to have settled down as well. He is highly likely to play on Saturday," Hesson said.

"Mayank has made some good recovery, obviously he had some damage to his finger but I am hopeful that he will be playing."