Nabi came in for injured captain Kane Williamson against Royal Challengers Bangalore last week and contributed an outstanding 4-11 - and he was again the key man in the Sunrisers' bowling effort on Thursday (April 4).

He took 2-21 and made a pair of catches as the Capitals were reduced to 129-8, with home skipper Shreyas Iyer scoring 43 in vain. 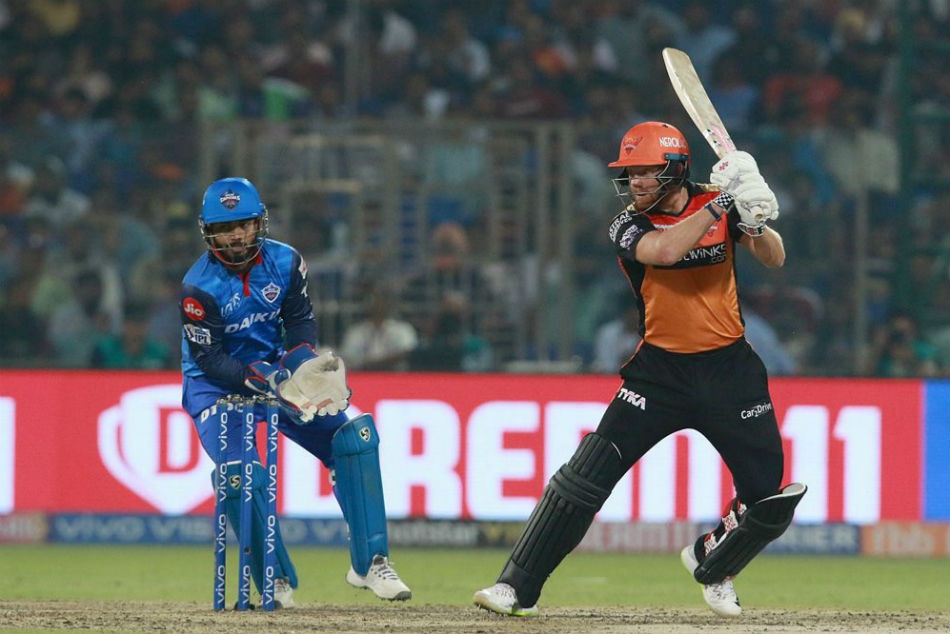 DC Vs SRH: As it happened

The Capitals' stingy bowling still threatened to make something of the match after the big-hitting Jonny Bairstow went for 48, but Nabi was there again with an unbeaten 17 to complete a successful chase with nine balls to spare.

Bhuvneshwar Kumar removed the dangerous Prithvi Shaw's off stump when he was on 11 and the Capitals mustered only a modest 36-2 in the powerplay.

Shikhar Dhawan (12) departed with a mistimed sweep from Nabi's delivery and the bowler collected his second wicket when Rishabh Pant (5) failed to beat Deepak Hooda on the boundary.

Delhi continued to struggle to score at any real rate and Nabi kept making inroads, this time comfortably catching a shot from Rahul Tewatia (5) in the field, having been denied the same man's wicket in the previous overdue to umpire's call on lbw.

There was little improvement from the Capitals as their innings wore on and Manish Pandey took a superb stooping catch to send back Colin Ingram on five.

Rashid Khan - economical like his team-mates - was still waiting for a wicket, but the breakthrough finally came and it was a big one as he removed Delhi captain Iyer - the only man to put up any sort of fight - seven short of his half-century when the ball crept under his bat into off stump.

Chris Morris (17) picked out Bhuvneshwar off Nabi, yet a late effort from Axar Patel (23 not out) - which included two maximums - at least gave the hosts hope of an unlikely turnaround.

Bairstow hit the ground running, with one lovely delicate lob over the fielders for four the highlight of a dominant powerplay. Sunrisers were 62-0, with 47 runs from Bairstow, through six overs.

The England star departed lbw before reaching his 50 and the scoring slowed considerably, as David Warner (10), Vijay Shankar (16), Pandey (10) and Hooda (10) each reached double figures but failed to build a big total.

Delhi's defence of their meagre total suddenly looked possible, only for Nabi and Yusuf Pathan to plunder some late boundaries and seal the victory.