IPL 2021: KKR vs RCB: There wasn't much in the pitch: Varun Chakravarthy

Bengaluru, September 21: Varun Chakravarthy , who was adjudged man of the match in Kolkata Knight Rider's resounding nine-wicket win against Royal Challengers Bangalore in Match 31 of the Indian Premier League (IPL) 2021 said the Abu Dhabi pitch was a flat one with little spin on offer and so he had to keep it on the stumps.

Opting to take first use of the wicket at the Sheikh Zayed Stadium, the Virat Kohli-led RCB were folded out for a paltry 92 in 19 overs with Varun spinning a web around the opposition batsmen with excellent figures of three for 13.

"Would like to give credit to the bowlers who bowled in the powerplay for the discipline. There wasn't much in the pitch," said Varun in the post-match presentation.

The win helped KKR to fifth in IPL 2021 standings while RCB are currently third.

On the hat-trick ball, which he had wanted to review but was shot down by KKR skipper Eoin Morgan, Varun said, "I thought it was out but just saw the replay that there was an inside edge. 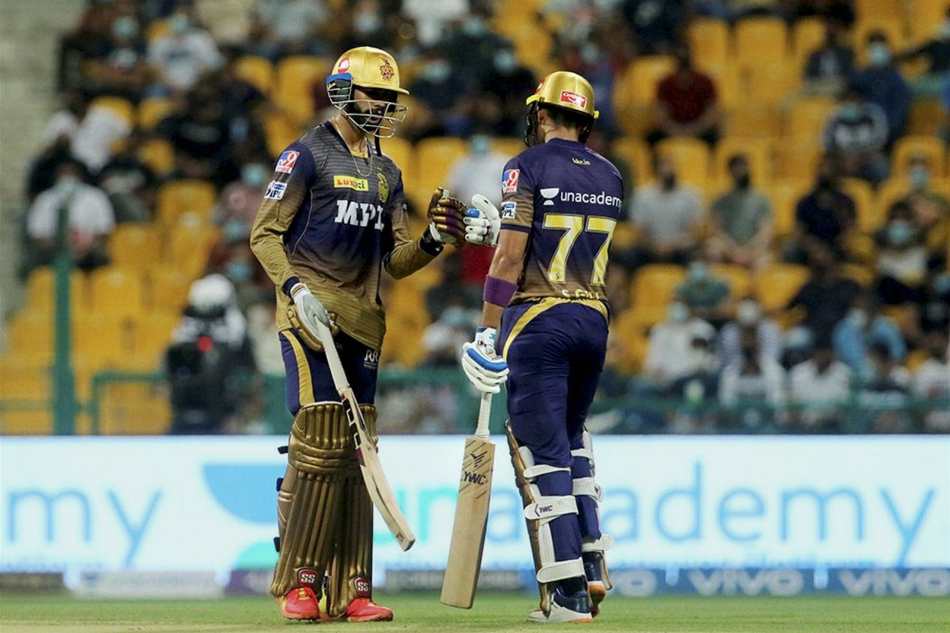 Varun's performance came in for special praise from Kohli too.

"Pretty good, that's exactly what I was saying in the dug-out, he's going to be a key factor when he plays for India. We need to see performances like these from all the youngsters so that the bench strength of Indian cricket stays strong.

"And, he's someone who is going to play in the near future for India and it's a great sign," the Indian captain said.

KKR next take on champions Mumbai Indians at the same venue on Thursday (September 23) while RCB locks horns with MS Dhoni-led Chennai Super Kings in what could be described as the southern derby at the Sharjah Cricket Stadium on Friday (September 24).