The win saw Shreyas Iyer-led Knights climb to the seventh spot on the points table and keep their slim chances of making it to the playoffs alive. On the other hand, Mumbai, the only team already out of the playoffs race and languishing at the bottom of the table, fell to their ninth loss this season. 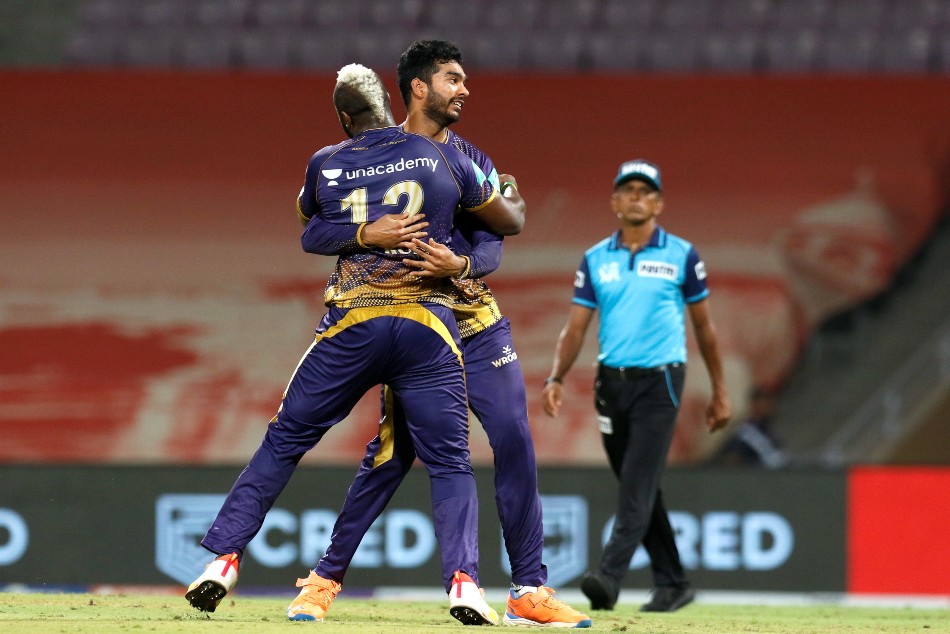 Playing at the DY Patil stadium, Knights got off to a strong start, after being sent into bat. The Knights made five changes to their line-up and Venkatesh Iyer, coming back into the side, played a stellar knock at the top. While Rahane played second-fiddle, opening partner Iyer, hammered the ball around the park to guide KKR to the best opening stand this season.

The duo stitched together a solid 60 off 34 to set KKR for a big score against MI. This was the first 50+ opening partnership for KKR this season. But Kumar Kartikeya put the brakes on Venkatesh's innings. Daniel Sams pocketed a safe catch at cover as Kartikeya picked up his MP team-mate in the final over of the powerplay to reduce KKR to 60/1 in 5.4 overs.

The Knights enjoyed a strong powerplay as they scored 64 for the loss of one wicket. Kartikeya struck once again to remove opener Ajinkya Rahane (25) and reduce KKR to 87/2 in 10.2 overs. Nitish Rana played a solid knock once again as 100 came up for the Knights in 11 overs.

With Rana and Iyer in the middle, the former champs looked set for a big score. But skipper Shreyas Iyer failed with the willow as Murugan Ashwin sent him packing for just 6 off 8 to reduce KKR to 123/3 in 13.1 overs

But the best was yet to come. Bumrah, who returned with a five-wicket haul, picked up three wickets for Bumrah in the 18th over. Bumrah removed Jackson, Pat Cummins and Narine to reduce KKR to 156/8 in 17.4 overs. It was Bumrah's best figures in T20 cricket as he picked up three wickets and bowled a maiden over in the death overs.

In reply, KKR got off to a strong start as Tim Southee removed Rohit Sharma (2 off 6) to reduce MI to 2 for 1 in 1 over. Rohit's dismissal left MI frustrated as the third umpire ruled against the MI skipper but Rohit was sure he hadn't hit it. But with the decision going against him, MI got off to a shaky start.

Russell handed Knights the second MI wicket as he removed Tilak Varma for 6 off 5 to reduce MI to 32/2 in 5 overs. In the powerplay KKR restricted MI to 37/2.

Midway through the innings, MI lost their third as Russell picked up his second wicket of the night, removing Ramandeep Singh for 12 off 16 as MI is reduced to 69/3 in 10.3 overs.

Despite Ishan Kishan bringing up a patient half-century, wickets kept tumbling at the other end as MI struggled to build partnerships. Rinku Singh picked up a solid catch to remove Ishan Kishan soon after his third half-century this season.

Cummins derailed Mumbai Indians' chase as he picked up three wickets in the 15th over. The Knights were superb on the field against MI. Despite Sheldon Jackson dropping the hard-hitting Pollard, the West Indies all rounder was run out by the KKR skipper on the very same delivery to put the final nail on MI's chase.