Bengaluru, May 23: The ongoing edition of the Indian Premier League has reached its business end. The league stage came to an end on Sunday, with the final game being an inconsequential tie.

This editions top four looks a lot different than its previous 14 seasons, with the usual favourites missing. While former champions Mumbai Indians, Chennai Super Kings and Kolkata Knight Riders finished at the wrong half of the table, the top four has only one former title winner.

The teams to have made it to the knockout stages this edition, include, Gujarat Titans, Rajasthan Royals, Lucknow Super Giants and Royal Challengers Bangalore. Amongst the top four, only Rajasthan have won the title, having lifted their only trophy is the inaugural season in 2014. 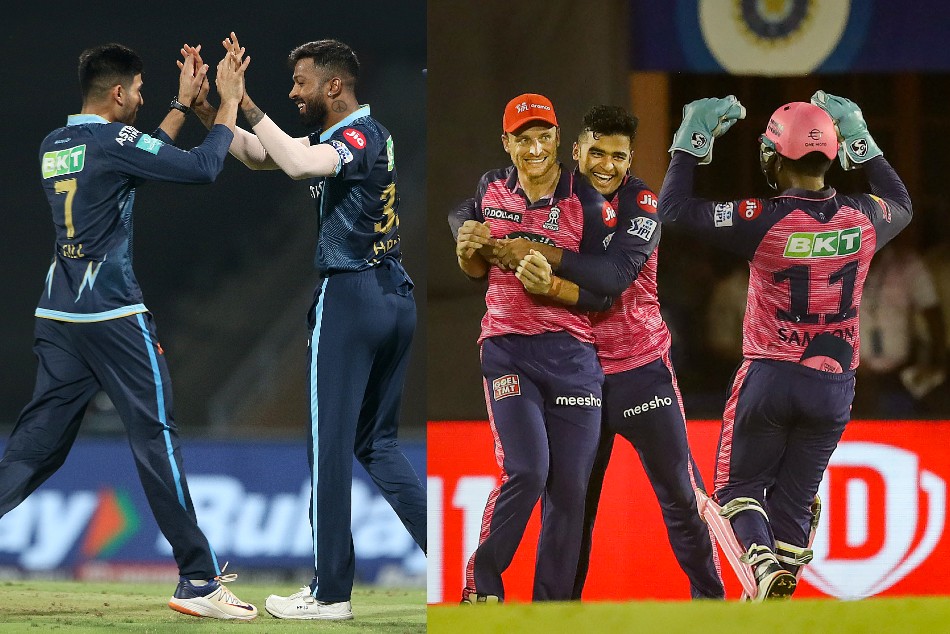 While Royal Challengers Bangalore have made it to the playoffs and have even gone till the finals before, they are yet to lift their maiden IPL trophy.

On the other hand, Gujarat Titans and Lucknow Super Giants are playing in their maiden season and a win would hand them a fairytale start to their IPL journey.

Hardik Pandya-led Titans topped the table with ten wins from fourteen games and was the first through to the playoffs. The second team to qualify was KL Rahul-led Super Giants, who finished the season with nine wins from 14 games. Sanju Samson-led Royals replaced LSG on the second spot on the back of a better net run rate as they became the third team to qualify.

For the fourth spot, Challengers had to wait for the outcome of Delhi Capitals and Mumbai Indians match. A win for Capitals would have seen Rishabh Pant's side make it to the top four. But MI denied DC a playoff berth, handing them a five-wicket loss, as RCB breathed a sigh of relief and took the final available playoff berth.

With GT and RR finishing in top two, the two sides will face off in Qualifier 1, while RCB will take on LSG in the Eliminator.

Ahead of the knockout stages, here's a look at how the season panned out for these top four sides: