Cape Town, November 22: The Cape Town Blitz continued to set the pace in the Mzansi Super League after strong performances by Janneman Malan and Dale Steyn helped them make it three wins from three thanks to a 12-run Duckworth/Lewis triumph over the Nelson Mandela Bay Giants in Cape Town.

After winning their first two matches under the leadership of Dawid Malan, Farhaan Behardien replaced the departed Briton, but slotted in seamlessly as the hosts held off a strong challenge from the visitors at PPC Newlands. 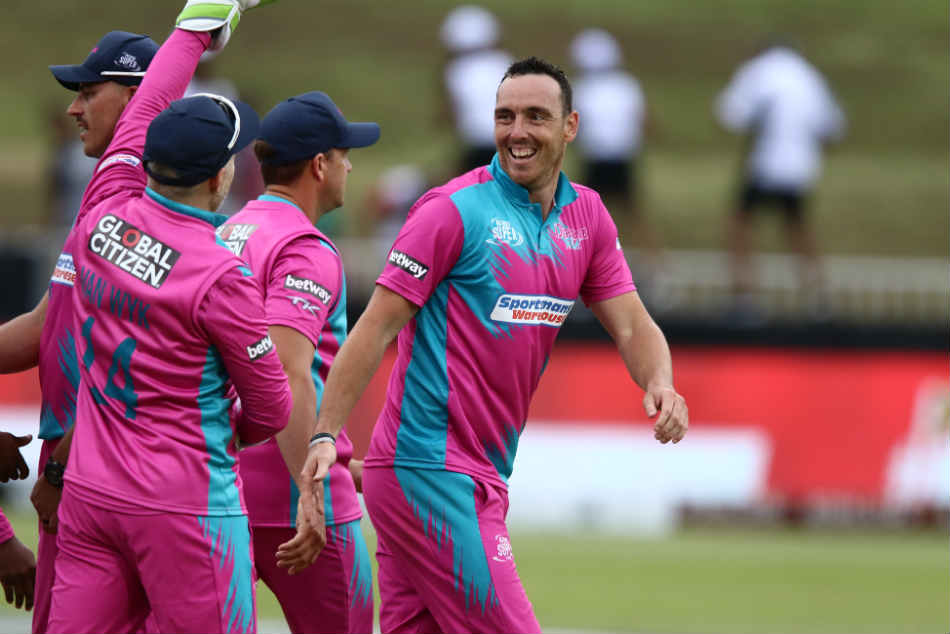 Janneman Malan top-scored for the Blitz with 57 off 39 balls (10 fours, 1 six), while Steyn was outstanding with the ball on his way to figures of two for 21 in four overs.

In a match affected by a brief floodlight failure, the log leaders won the toss and batted first, amassing 175 for six in their 20 overs. With Dawid Malan missing at the top of the order, returning Standard Bank Proteas star Quinton de Kock - one of five debuting in the new competition - joined Janneman Malan and helped put on 41 for the first wicket, before falling to another new face, Imran Tahir (1/18), for six.

Andile Phehlukwayo (28), promoted up the order, helped Janneman Malan add 49 for the second wicket, before he fell to Chris Morris (2/32) Asif Ali, who destroyed the Durban Heat a few days earlier, then chipped in with 22 off 11 balls, while Behardien chipped in with 17 as the home side set 176 for victory.

Their partnership was disrupted by a brief floodlight delay just before their team could cross 50, prompting four overs to be lost and the target revised to 145.

Need to score at around 14 to the over, the pair shift gears, and after Duckett fell, Kuhn looked set to pick up the baton.

But he was unfortunately run out when Malusi Siboto deflected a Christiaan Jonker shot onto the stumps, which seemingly proved critical - prior to his dismissal the equation was reduced to 43 off 20 balls.

And with the pressure of the scoreboard building, the Giants folded to end on 132 for six for a first loss of the campaign. Hussain Talat was the other double wicket bowler for the Blitz, with the debutant Pakistani claiming two for seven in his solo over.