New Delhi, April 24: An off-spinner who can bowl leg-breaks is like a multi-lingual, said Sachin Tendulkar, reflecting on the growing demand for wrist spinners in limited-overs cricket given the difficult questions they are posing to batsmen all around. 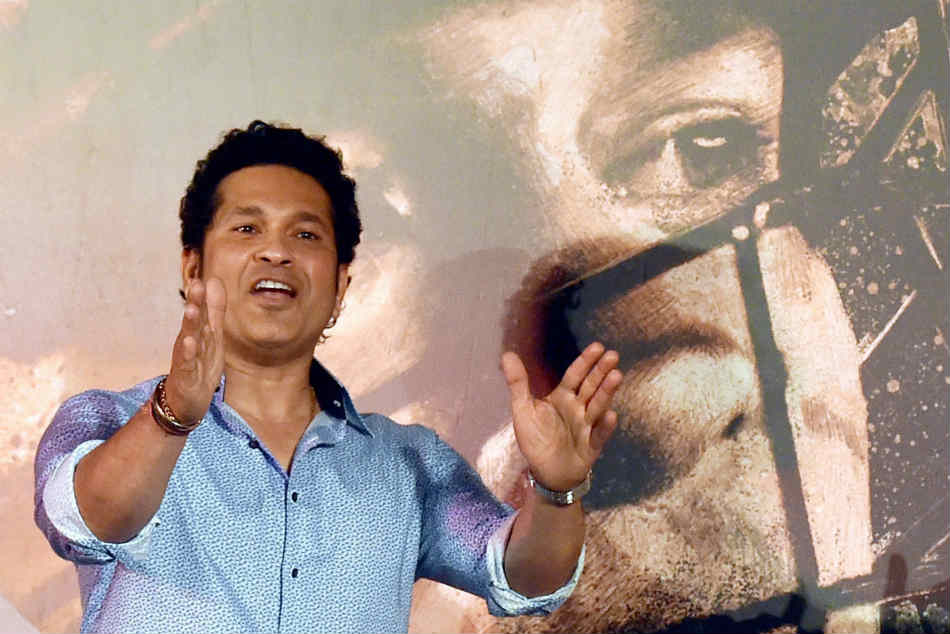 While Tendulkar did not take any names, his observation on off-spinners trying to bowl leg-break would certainly be music to Ravichandran Ashwin's ears, as he is trying his hand at wrist spin with an eye on national comeback in the shorter versions. "I feel it can only help. It's like you know two to three different languages. Now there is no harm in knowing five or six different languages. It can't take away anything from you," Tendulkar, who is celebrating his 45th birthday on Tuesday (April 24), told PTI in an interview.

His favourite Wankhede experience happens to be the most memorable one for the entire country. Here's a special video featuring @sachin_rt and his home ground! #CricketMeriJaan #HappyBirthdaySachin #MumbaiIndians pic.twitter.com/nvupua8cG4

"It's exactly the same when one develops more variation. So it's wrong to say that they (finger spinners) are joining a bandwagon now that they are bowling leg spin. No, they aren't. Rather, we should see that they have put in effort to develop a delivery," he said. And what does he make of the view that the off-spinners' attempts are futile? "I think it's wrong thinking of people (that off-spinners can't bowl leg-breaks). I am not blaming the player here. I am blaming the people (perception) here. Leg-break could be just another weapon in your armoury. People can bowl off-spin but along with that off-spin, if they are capable of bowling leg-spin as a variation, then why not," Tendulkar said.

The Legend, The God of Cricket - @sachin_rt 👑🙏🏽
You inspire me everyday paaji, Happy Bday to you! ❤️😊#HappyBirthdaySachin #GOD pic.twitter.com/3kJJV1PSLA

On the younger lot of batsmen failing to read leg-break bowlers' wrists, Tendulkar feels that the current crop of bowlers have really made the willow-wielders think. "I don't think it would be a great thing to generalise that batsmen are not reading the googlies from leg-breaks. A batsman can see an outswinger and still manages to edge it. To err is human. But I agree that leg-spinners have forced today's batsmen to think more," said the legend of 200 Test matches.

Mumbai Indians' young leg-spinner Mayank Markande has been one of the finds of the season and Tendulkar lavished praise on the Punjab youngster. "Leg-spinners have got the batsmen to think. Mayank (Markande) has got the batters to think and watch him even closely. It is a compliment to Mayank's ability that he has been able to disguise his googly so well. It is indeed praiseworthy," the MI mentor said.

But he does believe that if there is will power, the batsmen can do their homework against leg-spinners, like he did way back in 1998 in order to tackle Shane Warne before a home series against Australia. Tendulkar roped in former India leg-spinner Laxman Sivaramakrishnan to bowl to him on under-prepared pitches with rough on both sides. But will today's players be able to find time with the pressure of three formats?

"Of course, time is there. I don't see any reason to say there's no time. One needs to chalk out a plan and then follow that. It boils down to an individual. There are guys who like preparing and there are players, who would like to deal with a situation when it arises."

From his maiden century to this fantastic photo - we continue our 45 reasons why we love @sachin_rt! ❤️

Tendulkar has seen an evolution happen in world cricket since the time he made his India debut as a teenage prodigy at the age of 16 in 1989. "Change has been the only constant thing. The biggest change has been the advent of T20 cricket and the kind of impact it has had on cricket-loving public. It has grabbed eye balls. "When I started playing, for a considerable period, I have played ODI cricket in whites. But now even IPL's standard of cricket has changed from what it was during first three years," Tendulkar opined.

Inspirational. Impelling. Irreplaceable. Many happy returns to the greatest @sachin_rt wish you a great day pic.twitter.com/Lwu2sVMYBn

Talking about his own journey, he recollected his twin hundreds against Australia at Sharjah, exactly two decades ago. The first is still known as the 'Desert Storm' hundred while the second came in the final in a match-winning cause. "It's a great feeling. All these things have happened in my life. I feel blessed to have had all these wonderful moments in my career. I think those two Sharjah matches are etched in people's memories."

Tendulkar also spoke about the brutal assault on Abdul Qadir during the rain-curtailed exhibition match where his power-packed batting was noticed by one and all. "I never realised the kind of impact that little innings had on people. Obviously, it's moments like these that stay with people and I feel happy that about it."