Kingston, Sep 3: Endorsing the new ICC rule on concussion substitutes, India skipper Virat Kohli said it makes total sense to replace a player in such situations during a Test match as signs of trauma from a body blow can show up late.

On the fourth day of the second Test, the West Indies were forced to name Jermaine Blackwood as the concussion substitute for Darren Bravo after the batsman was stuck on the side of his helmet by a Jasprit Bumrah delivery in the last over on Day 3. 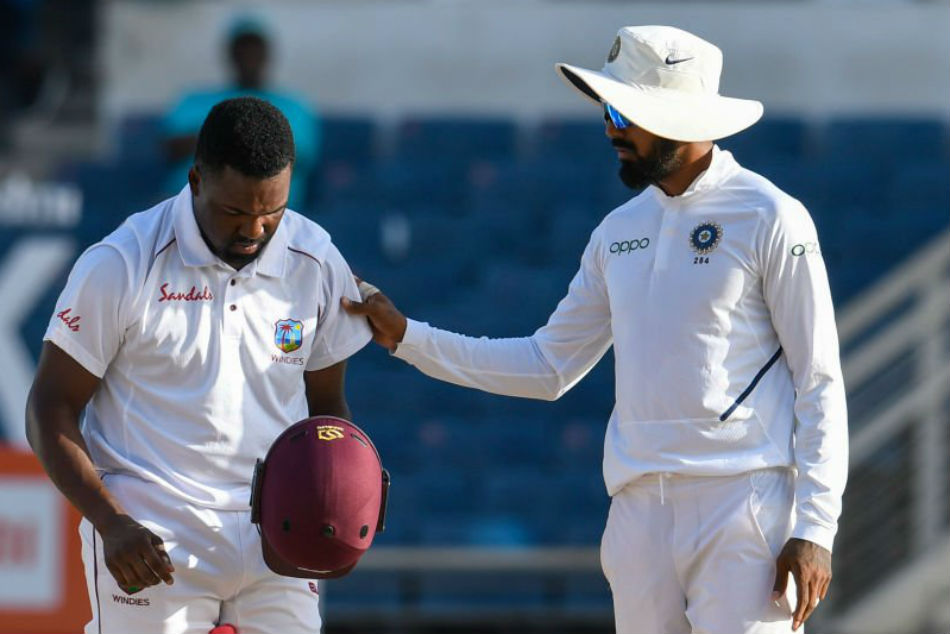 Even though Bravo resumed his innings on the fourth day morning, he couldn't carry on for long as delayed concussion symptoms showed up and was forced to retire hurt on 23.

"Well I think it makes sense. Test cricket is very different because on that day you can play but when you come out the next day it's a different situation altogether," Kohli said when asked about his views on concussion substitutes.

"AB (de Villiers) got hit in the IPL this year against Jasprit. The night he played he was fine but the next morning he was dizzy. "So, I think it makes total sense in Test cricket because when you wake up the next day you are totally different from what you were on the day when you got hit. That's what concussion does to you. So I am all for it, it makes total sense," he added.

Last month, Australia's Marnus Labuschagne became the first like-for-like substitute after Steve Smith was ruled out of the second Ashes Test in Lord's after being down with concussion following a blow to his neck by England pacer Jofra Archer.

ICC's decision on concussion substitutes was introduced in men's and women's international cricket and first-class cricket worldwide from August 1. It was taken after a two-year trial in Australia's domestic cricket competition, the Sheffield Shield.

Under the new ICC rule, a player who has been concussed either while batting, bowling or on the field, can be withdrawn from the game and be replaced subject to approval by the match referee.

"I think it should be an open choice to choose any kind of batter that you can," Kohli said. "You only have 15-16 people in the squad so you don't have more than 5 people to choose from and invariably 3 of them would be bowlers," he said.

"I don't think there is too much choice there. So whatever substitutes you have you choose from them. 4-5 substitutes are good enough to choose from."

India won the two-match series against the West Indies 2-0 with a 257-run win in the second Test to top the points tally with 120 points in the ICC World Test Championships.