London, July 14: The World Cup was hailed as a huge opportunity for the growth of cricket in its birthplace but the jury is still out on whether the tournament will inspire a new generation of fans.

The flag-waving hysteria that accompanied England's march to last year's football World Cup semi-finals in Russia has been largely absent and many England players could walk down the street without being recognised.

The game's chiefs are all too aware that cricket, little played in British state schools, is slipping off the radar for young people and participation rates are falling sharply, hurt by its absence from free-to-air TV.

👀 on the prize for England ahead of the most important game in their ICC Men's Cricket World Cup history!

According to the England and Wales Cricket Board's own research, just five percent of British children aged six to 15 list cricket in their top two favourite sports - a figure that should strike fear into anybody with the long-term interests of the game at heart.

Earlier this year, The Times reported that dozens of smaller clubs face closure and quoted figures saying the number of cricketers registered in England had fallen sharply - from 428,000 in 2008 to 278,000 in 2016.

Those gloomy numbers have focused the minds of authorities, with one of their initiatives being a controversial 100-ball-per-side competition being introduced next year aimed at attracting a new audience to the game.

England and Wales Cricket Board chief executive Tom Harrison talked before the World Cup about "huge plans" to use the tournament to grow the game in England and Wales, describing it as an "unbelievable opportunity".

In the run-up to Sunday's final between England and New Zealand at Lord's, the ECB and International Cricket Council (ICC) celebrated the fact that more than one million children aged five to 12 had "connected with the sport" through various initiatives, highlighting the impact of the World Cup.

"We set ourselves the ambitious target of connecting with one million young people and we are delighted to have met our goal ahead of time," said Harrison.

In some ways the World Cup has been a striking success, with matches played out in front of passionate, colourful crowds, particularly when they have featured Asian teams.

Official fanzones have been set up in the host cities, including one in London's Trafalgar Square, in an effort to engage with the public, showing the matches and putting on cricket activities.

But away from the official locations there is little buzz, even though England came into the tournament as the top-ranked one-day international side -- packed with explosive batsmen such as Jason Roy and pacey bowlers including Jofra Archer -- and have made it all the way to the final. 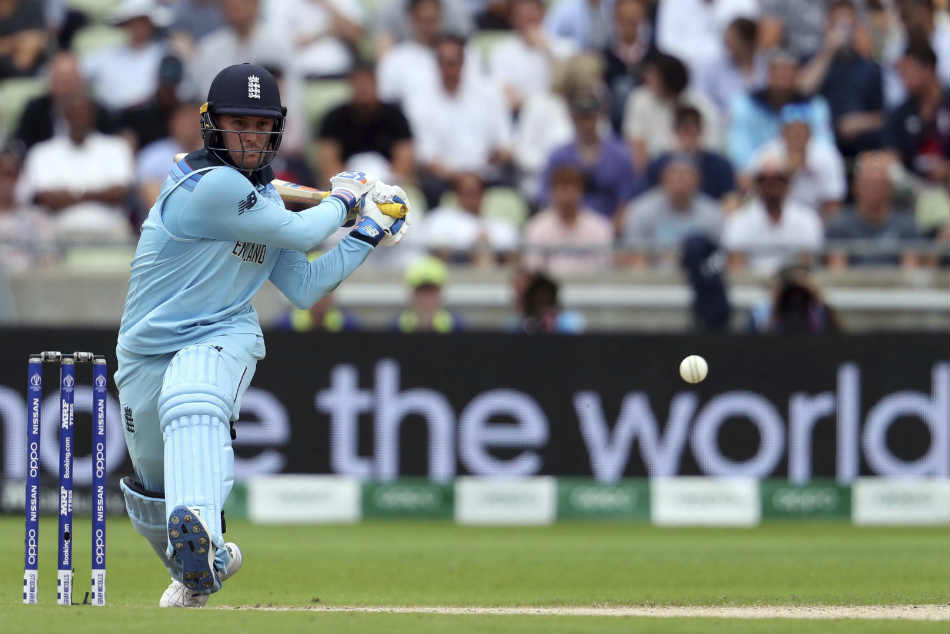 At the heart of the matter is the ECB's controversial financially-motivated decision 15 years ago to abandon terrestrial TV coverage of international cricket.

Channel Four's coverage of the 2005 Ashes -- the last matches that were free-to-air -- had a peak audience of more than eight million people as the series gripped the public imagination.

This week the ICC expressed its delight that the World Cup "has become one of the most-watched sporting events in the world across TV and digital platforms".

England's 31-run win over India at Edgbaston was the most-watched cricket match within the United Kingdom across any format since 2006, with a peak audience of 1.8 million and an audience reach of 3.45 million on Sky Sports.

But to put those numbers into context, England's dramatic Women's World Cup semi-final defeat to the United States earlier this month attracted a peak audience of nearly 12 million viewers on the free-to-air BBC.

At least Sunday's Lord's final will be screened on terrestrial TV after Channel 4 struck a deal with Sky, which holds the UK rights for the World Cup.

England captain Eoin Morgan welcomed the decision, saying: "That's very cool. Particularly given the 2005 Ashes for me was sort of the day cricket became cool.

"It's really good for the game and it's the game I love." Steve Waugh, who captained Australia to victory in the last World Cup final to be held at Lords in 1999, has predicted that a home win would do wonders for the game in England.

"I know what it's like to win a World Cup," he said. "It's exciting and the people get behind it and feel they're a part of it so it's a great celebration." But only if enough people are watching.