Pakistan's Zahid Mahmood on Thursday (December 1) joined an unwanted list for most runs conceded by a bowler in an innings during the record-breaking opening day of the first Test against England at the Rawalpindi Cricket Stadium in Rawalpindi.

Making his debut for the national side, Mahmood conceded 235 runs in 33 overs to become the fourth Pakistan bowler and ninth overall to concede most runs in a single innings of a Test match.

Mahmood joined the ex-Pakistani bowlers like Saqlain Mushtaq, Fazal Mahmood and Khan Mohammad among others in the top 10 list for most runs conceded by a bowler in a single innings of a Test match.

Here is the top 15 list for most runs conceded in an innings:

The list is dominated understandably by spinners and includes some serial wicket-takers of the longest format like Muthiah Muralitharan, Anil Kumble and Rangana Herath, who are all in the top 15 list for most wickets in Test cricket. 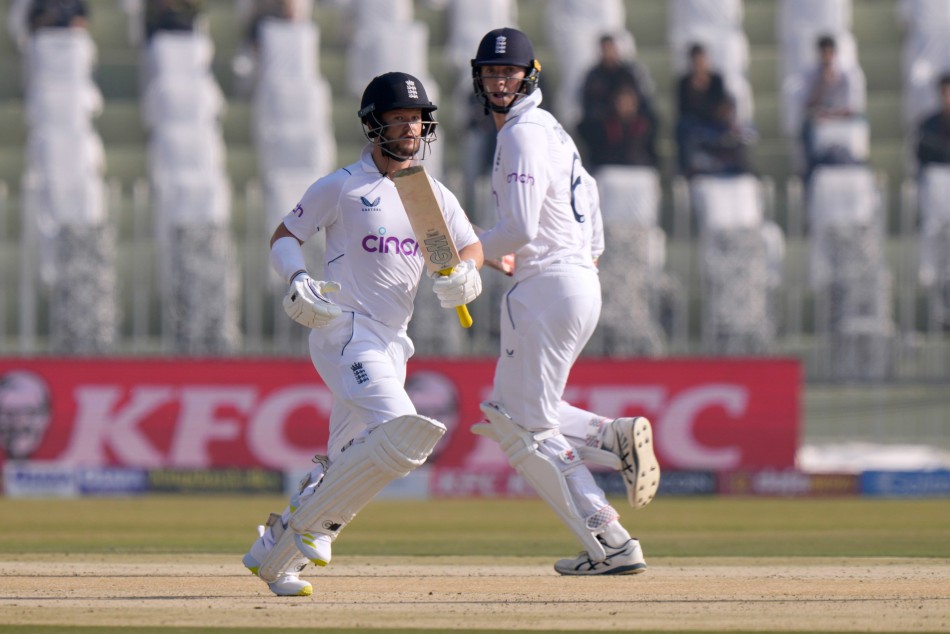 Randiv's unimpressive figures of 2 for 222 in 73 overs in the first innings of the second Test against India in 2010 at the Colombo (SSC) was the most expensive start of a Test career for a bowler before Mahmood took the dubious record away from the former SL spinner.

That match in Colombo eventually ended in a draw after five batters scored in three figures and one fell just a run short of reaching the landmark. For India, Sachin Tendulkar scored a double hundred, while Suresh Raina scored a century and, Virender Sehwag fell one short of a 100.

Here is the top five most expensive figures on Test debut:

Mahmood will hope for turnaround or at least a draw for Pakistan as England currently look completely in control on the second day of the Rawalpindi Test as they scored 657 in the first innings.

England broke multiple record during their innings with four of the top five scoring hundreds as Zak Crawley, Ben Duckett, Ollie Pope and Harry Brooks got to the three figure scores on the opening day of the Test with only Joe Root missing out.