Goa took an early lead thanks to a well-placed Edu Bedia header from a free-kick.

Juan Ferrando's men's joy was short-lived as Persepolis scored twice within the opening half an hour to script their third win on the trot in the tournament.

Persepolis make it 3 wins out of 3 as FC Goa concede their first defeat in #ACL2021!#PRSvGOA pic.twitter.com/DhLWS9DUSx

The Gaurs are currently third in the group after Al Wahda completed a come-from-behind win to defeat Qatar Stars League outfit Al Rayyan.

Ferrando's men take on the same opponents in their next Group E tie on Friday (April 23). The match kicks off at 10.30pm IST.

A valiant effort from our boys. 👌

The Gaurs made a couple of changes to their starting XI, with Saviour Gama and Adil Khan getting the nod.

Goa came off the blocks the quickest, scoring in the 13th minute as Edu Bedia, who had earlier earned the free-kick, outfoxed the Persepolis defence with a smart run and headed-finish to put the Gaurs in the lead. 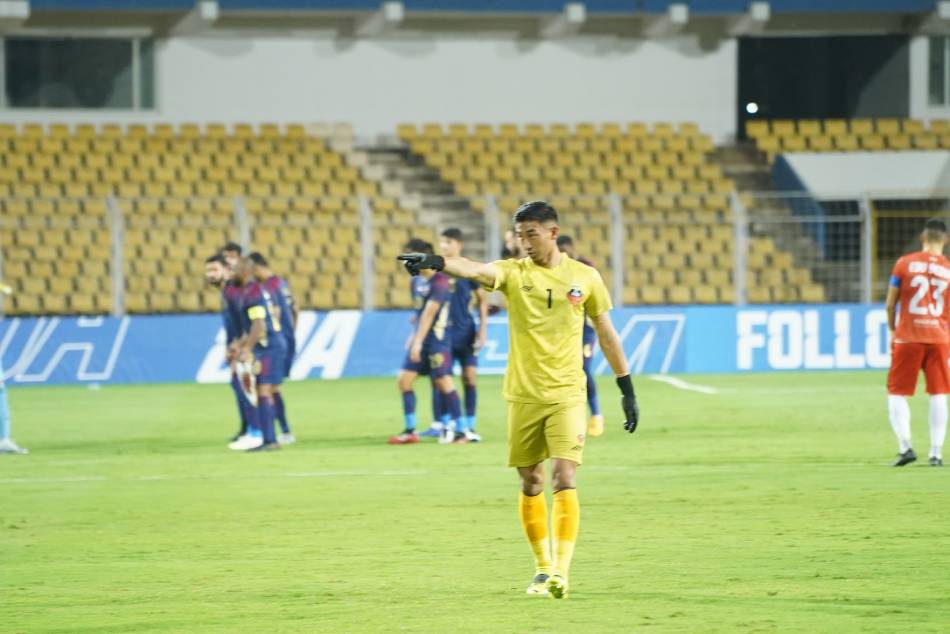 A couple of minutes later, it could have been 2-0 to the Gaurs with Bedia and Brandon Fernandes again combining delightfully to open up the opposition defence.

Fernandes, though, was denied his time under the spotlight as Hamed Lak pulled off an incredible save from close range.

The Iranian made Goa pay for not making the most of the opportunity as they hit back to draw level in the 16th minute after James Donachie was deemed to have committed a foul in the penalty box. Mehdi Torabi stepped up to the plate for Persepolis to slot it home for his side.

Playing in their home red, Persepolis turned up the pressure on the Goa defence following their equaliser. That pressure finally bore fruit in the 24th minute as Seyed Jalal Hosseini's header put the designated home side in front.

The second half saw Persepolis create a number of chances yet again, but were thwarted on each occasion thanks to some excellent rear-guard action from the Gaurs defence.