Manchester United had cut City's lead at the top of the table to nine points with a battling 1-0 win at Burnley. 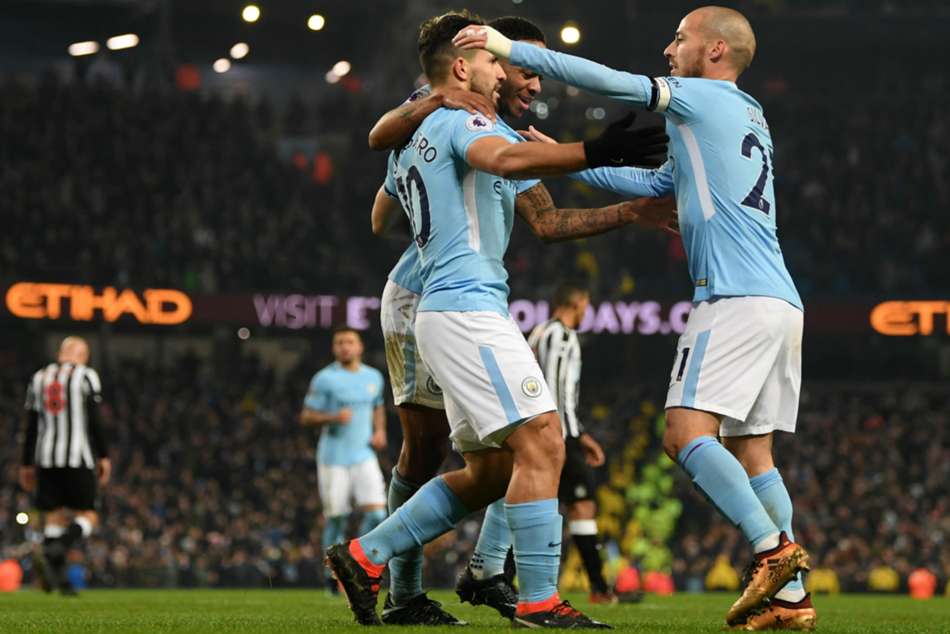 Aguero got the slightest of touches on to Kevin De Bruyne's left-wing cross to open the scoring for City before half-time.

The Argentina international doubled City's lead from the penalty spot after the interval when Raheem Sterling was fouled by Javier Manquillo.

And, after Jacob Murphy gave Newcastle hope of an unlikely fightback at the Etihad Stadium, Aguero tucked home a left-footed finish after brilliant Leroy Sane play to wrap up all three points.

Aguero scored the Premier League's previous perfect hat-trick - combining a left-foot shot, right-foot shot and header - with a treble against Newcastle in October 2015.

City's record goalscorer now has 25 goals for club and country this season, although he lags four behind prolific Tottenham striker Harry Kane in the race for the Golden Boot.

3 - Sergio Aguero has scored the first perfect Premier League hat-trick since the Argentine himself scored one against Newcastle in October 2015. Deja-vu. pic.twitter.com/zs4I9Czy82