London, February 28: Arsenal head coach Mikel Arteta acknowledged it will be "very hard" for the Gunners to secure Champions League qualification via the Premier League after crashing out of the Europa League.

Arsenal won the last-32 first-leg 1-0 but extra time was needed after Pape Abou Cisse's restored parity for Olympiacos across two legs at the Emirates Stadium. 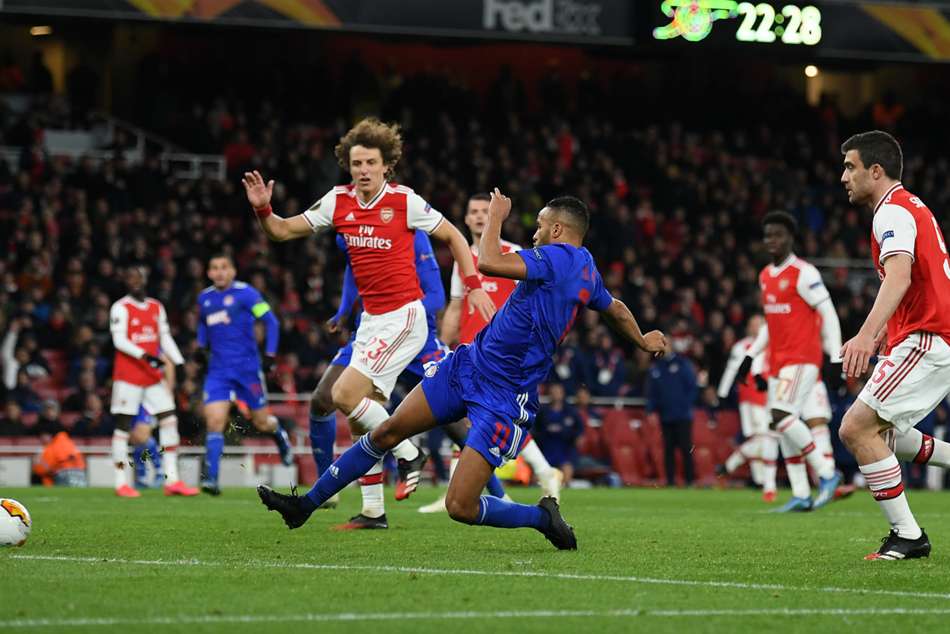 Aubameyang looked to have settled the contest with seven minutes remaining in extra time but Youssef El-Arabi's silenced the London crowd before the former remarkably squandered a last-gasp opportunity.

Winning the Europa League would have gained Arsenal access to the Champions League, having not featured in Europe's premier club competition since 2016-17, but the Gunners now face an uphill battle as they sit ninth in the Premier League – seven points adrift of the top four.

"Very hard because looking at the table we're still far from the objectives that we all have, but we've been far all season from it and we have to keep fighting," Arteta, who replaced Unai Emery in December, told reporters post-match when asked about the difficulties of reaching the top four.

"The most important thing now is that the dressing room has to be strong and we have to keep going and react. First of all, I have to convince them about what happened in the game and why they are not through in the tie.

"If they continue to do that, there will be rewards like we have done in the last 10 games that we played."

Arteta added: "I just want to concentrate now on lifting those players and getting back the belief, and convince them that there is still a lot to play for, and move on.

"It's part of this sport that a big disappointment can happen and it happened. We have to learn and react as a team and as a club."

While it was a heartbreaking evening for Arsenal, it was a memorable outing for Pedro Martins and Olympiacos.

"It's a historic night for Olympiacos. We deserved this qualification, not only for these two games against Arsenal but also for our spirited performances in Europe throughout the season regardless of the results," Martins said.

"We were determined, we believed we could qualify and we made it. Tactical intelligence, effectiveness, inner strength, courage… they all weighed in this success."