Setien's first game on the Camp Nou bench was a 1-0 victory against Granada, with his team dominating possession.

But they needed Lionel Messi's second half goal for a victory to re-join co-leaders Real Madrid at the top of the La Liga table.

Meanwhile Valencia were upset 4-1 at relegation battlers RCD Mallorca. A first defeat in six games means that Alberto Celades' side, now seventh in the table, will be keen to make amends in front of their own fans this weekend. 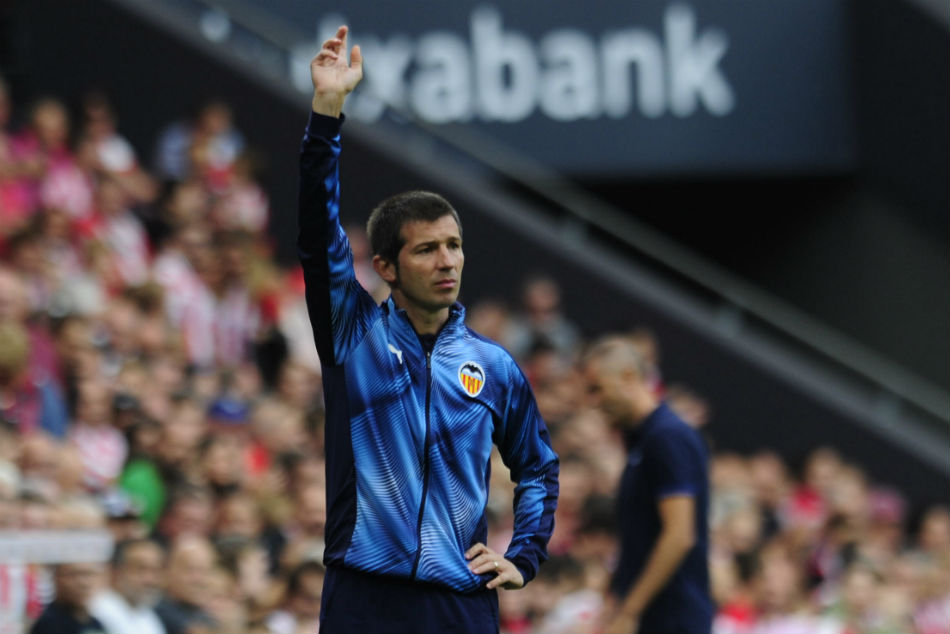 Home form was not really a problem for Barcelona under previous coach Ernesto Valverde, although they have struggled at times on the road in La Liga this season, dropping points at Athletic Club, Osasuna, Granada, Levante and Espanyol.

Meanwhile Valencia have been super strong at Mestalla and remain unbeaten at home in La 2019-20, with just nine goals conceded in 10 outings.

Barcelona's visit to Mestalla has been one of La Liga's closest fought fixtures through recent years, finishing in a 1-1 draw in three of the last four years. The blaugrana's most recent victory was a tight and highly-charged 3-2 in October 2016, decided by a moment of magic by Messi in the 93rd minute.

Another factor is Valencia beating Barcelona 2-1 in last season's Copa del Rey final, although the Catalans got a measure of revenge with a 5-2 victory in their first 2019-20 La Liga meeting at the Camp Nou back in September.

Messi has been in his usual phenomenal form again this season, topping the La Liga top-scorer list with 14 goals in 14 games so far.

Also impressing for Barcelona over recent months have been summer signings Frenkie de Jong and Antoine Griezmann, with more responsibility on the latter now with fellow attacker Luis Suarez out long-term following a knee operation.

The afternoon at Mestalla should be special for visiting left-back Jordi Alba, who played for Valencia between 2009 and 2012 as he established himself at La Liga level.

Valencia goalkeepers Jasper Cillessen and hie Barcelona counterpart Neto will also be keen to be involved, having both moved between the clubs last summer.

The only bright spot for Valencia from last weekend's defeat at Mallorca was a fourth La Liga goal of the season for 19-year-old attacker Ferran Torres.

A red card for captain Dani Parejo at Son Moix should rule him out of Saturday's game, however.

The game will also be extra special for Los Che coach Celades, who was born in the city of Barcelona and came through the La Masia academy before winning two La Liga titles during four seasons in the first team squad at the Camp Nou.

Last weekend's events at both clubs have only heightened the anticipation among La Liga fans for the latest Valencia versus Barcelona clash, and another fascinating and exciting 90 minutes looks in store at Mestalla on Saturday.