Bengaluru, February 15: Indian Super League (ISL) franchise SC East Bengal's head coach Robbie Fowler, who is currently on a four-game suspension has once again been called upon by the All India Football Federation (AIFF) Disciplinary Committee for use of abusive language in a post-game altercation with Hyderabad FC players during their match played at Tilak Maidan Stadium in Goa on February 12.

Fowler has now been reported of 'hurling abuses towards the opponent team from the stands' in the fresh case reported by the AIFF Disciplinary Committee.

Fowler has time till February 18 to respond to the show cause notice in his defence. 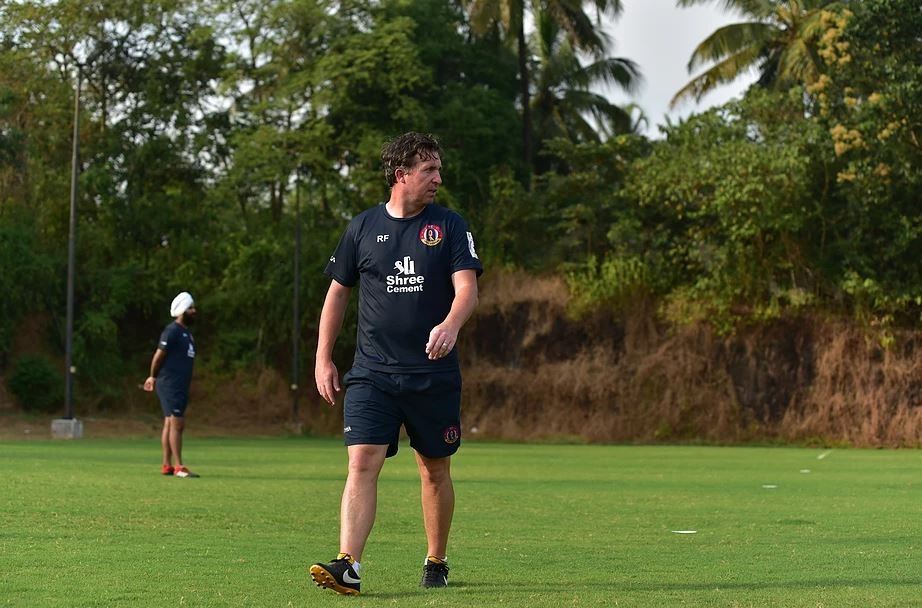 In a separate case however pertaining to the same game, SCEB Assistant Coach Tony Grant has been served a show cause notice for 'making derogatory comments against both match officials and Hyderabad FC head coach' in the post-match press conference.

Grant is required to respond to AIFF by February 17, 2pm.

Refereeing in the ISL 2020-21 season has been under the scanner. Initially, Fowler was in the dock for stating that he was "not sure whether the referees have an anti-English thing or anti East Bengal thing.

The Liverpool legend had made the controversial remark after SC East Bengal's 1-1 draw against a 10-man FC Goa in Margao on January 29. He was charged under Articles 50.4, 58 and 59.1 of the AIFF Disciplinary Code. Of these, article 59.1 specifically deals with offences related to racist remarks.