Owen Coyle's table-topping Jamshedpur FC clinched the League Shield on the final matchday of the league phase with a narrow 1-0 victory against ATK Mohun Bagan and eventually booked their last 4 meeting with Kerala Blasters, who finished the season in fourth place. 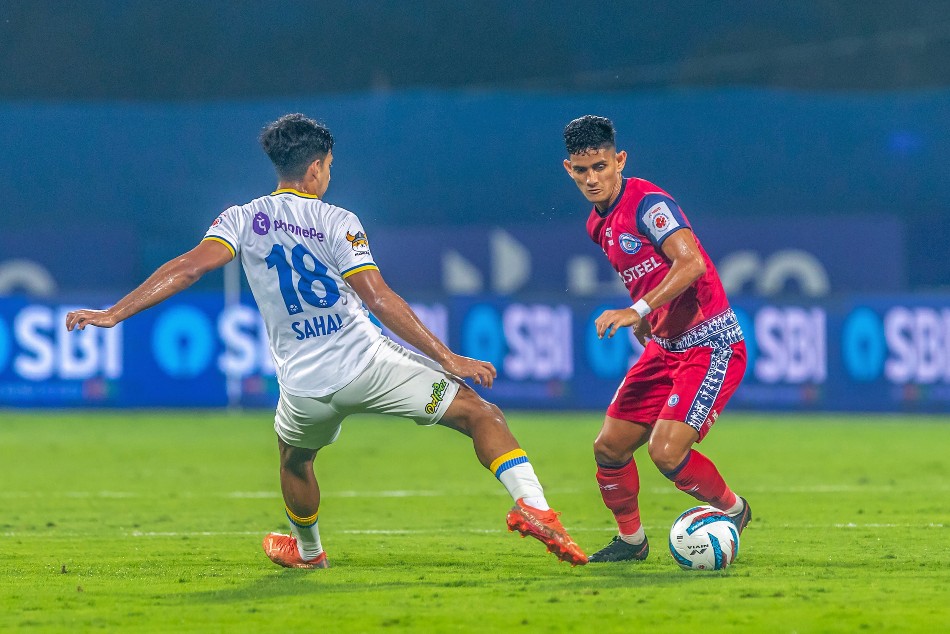 During the league stages, JFC were the second highest scorers with 42 goals and the best defensive side having let in just 21 goals. KBFC, on the other hand, scored 34 goals and conceded 24.

The two sides have already met twice this season with Jamshedpur FC marching out 3-1 victors in the most recent match, while the reverse fixture ended in a 1-1 draw.

Overall, they have met 10 times so far in ISL and JFC hold the advantage with 3 wins as opposed to 1 win of KBFC. The remaining six matches, however, have ended in a draw.

Despite the presence of some top goal-scorers like Greg Stewart, Daniel Chima Chukwu, Alavaro Vazquez and Jorge Pereyra Diaz, we may be in for a very cagey affair as both teams will be keen to stay alive heading into the second leg with cleansheets. So, it will be down to the best defence on the night.

The two teams will battle for a spot in the final, where they will face the winner of the two-legged semifinal between Hyderabad FC and ATK Mohun Bagan.

Ahead of the semifinal 1 first leg clash, here is a look at the possible playing 11s, dream11 best picks, match prediction and match details:

This is the business end of the tournament, so form and head-to-head will go out of the equation with both teams looking to take an advantage heading into the second leg, which is scheduled for next week.

JFC start the favourties, but KBFC will not make it easy. The result on the night will be decided on the performance of the defence including the goalkeeper with both teams possessing a lot of goal-threat from every area of the pitch.