Salah was on target in Liverpool's 3-0 win over the Cherries in the Premier League on Saturday as he became the first Reds player since Ian Rush in 1986-87 to break the 40-goal mark in a season.

It has been a remarkable debut campaign for Salah following his off-season arrival from Serie A side Roma, who Liverpool will face in the Champions League semi-finals – the Egypt international leading the Golden Boot race with 30 Premier League goals ahead of Harry Kane. 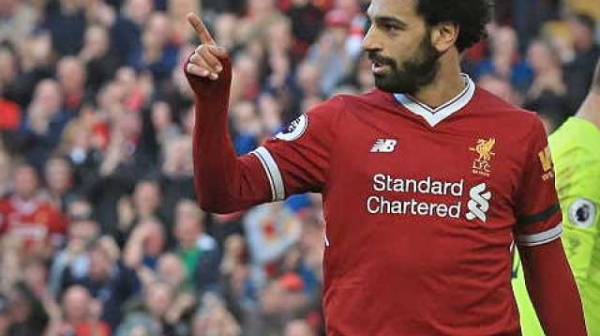 'Wow, what a number' - Klopp full of admiration of 40-goal Salah

Speaking about Salah post-match, manager Klopp told reporters: "It's good, impressive. What a number, wow. And what a number of goals we scored as team, around about 100 as a team, I don't know, didn't count."

"He knows that the way we play suits him. You did see that the boys are looking and searching for him a little bit too much, it's like 'give it to him', so we have to mix it up a little bit. He is the threat, but the ball is here, but it's all good.

"He didn't look today like he doesn't want to score in the next few games.

"He isn't distracted by this Golden Boot, he wants to have it but he wants us to be successful that's how it is and if he does get the Golden Boot, it's likely we are successful, so no problem with that.

"As a striker, you have to make decisions, if you score, everybody loves you, if you don't score then, hmm... then people start discussing, so it's all fine."