Liverpool progressed through to the last four in Europe with a 5-1 aggregate victory over Manchester City, but only after coming through two high-intensity clashes with the Premier League leaders.

With that in mind, Klopp felt that a game in which the Reds could enjoy 62 per cent of the possession was "perfect" to settle back into the swing of domestic action. 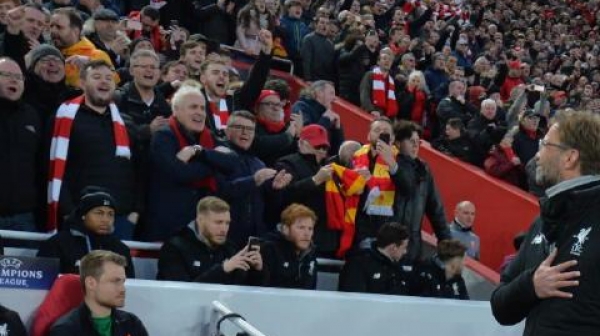 "The boys did fantastic – it was a brilliant game," he told BT Sport

"Bournemouth are very confident – normally they play more football than they could today, because our counter-pressing in the first 60 minutes was outstanding. We were so aggressive and on the right level.

"We scored a fantastic goal and took a little too long for the second, but finally we scored it.

"You could see in the last 10 or 15 minutes how intense it was for the boys. It was the perfect manner to play this game – we kept the ball."

Bournemouth manager Eddie Howe was in awe of Liverpool, meanwhile, admitting his side struggled to make a fist of the match.

"They showed [how good they are] on the European stage and today they showed that in the Premier League," he said. "I think they're really growing as a team.

"I pay them the highest compliment: I thought they were excellent. With some of their front players' movements, their whole team really did function very well.

"Our lads tried to stay in the game as long as they could and the second goal is probably the one that kills it."

The result moved the Reds back to within one point of second-place Manchester United, who have two games in hand.

Klopp's side face Roma in the semi-finals of the Champions League.