London, April 25: Liverpool seized control of their Champions League semi-final tie against Roma with a 5-2 first-leg win, although a late revival from the Italian side offers hope of a second-leg comeback. 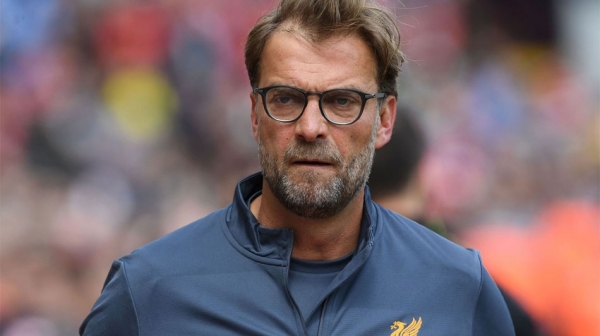 Mohamed Salah scored twice and set up goals for Sadio Mane and Roberto Firmino, who added another to make it 5-0, before Edin Dzeko and Diego Perotti struck in the space of four minutes late on.

Roma must now match the exploits of their remarkable quarter-final comeback against Barcelona if they are to win the tie.

Liverpool were arguably second best in the opening half-hour but a blistering strike from Salah against his old club set Jurgen Klopp's side on their way.

Salah added a second just before the break, becoming the first Liverpool player to hit 10 in a single European campaign, before turning provider for Mane and Firmino as Roma failed miserably to deal with the hosts' attack.

Firmino nodded in the fifth from a routine set-piece but Eusebio Di Francesco's men snatched two away goals in the dying minutes to offer some hope of salvation.

The home side lost Alex Oxlade-Chamberlain 17 minutes in after he hurt himself challenging Aleksandar Kolarov, who nearly snatched the lead soon afterwards, with Loris Karius fumbling his fierce strike onto the crossbar.

Mane wasted a great chance one-on-one with Alisson, firing over the bar from 12 yards, but the miss seemed to galvanise Liverpool. Salah saw a shot beaten away by the Roma keeper and Mane turned in an Andrew Robertson cross only to be denied by the offside flag.

There was no such problem for Salah 10 minutes before the break, though. Firmino fed him just inside the area to the right, Roma's defence stood off, and he curled a stunning strike into the far top corner.

Roma suddenly looked vulnerable at every Liverpool attack and Dejan Lovren should have made it 2-0 as he headed off the crossbar when unmarked six yards from goal.

But Salah made no mistake with a sumptuous second in the 45th minute, racing through onto Firmino's pass before clipping a clever finish over Alisson.

Roma's high defensive line was being brutally exposed but they seemed not to learn their lesson 11 minutes after the break. Salah escaped a close offside call to race into the area and squared the ball for Mane, who this time showed composure to side-foot into the bottom corner.

Five minutes later, Liverpool had their fourth. Salah again raced onto a simple ball down the right, skipped beyond Juan Jesus and scuffed a cross to the far post, where Firmino tapped in.

The Brazilian then rose unmarked to head his second and Liverpool's fifth in the bottom corner of the net from Milner's cross in the 78th minute.

What looked to be a memorable win was tarnished nine minutes before the end, though, as Dzeko pulled down Radja Nainggolan's fine pass before burying a finish beyond Karius.

Perotti then fired a penalty high into the net after James Milner blocked Nainggolan's shot with his arm, giving Roma hope of a second-leg turnaround that had looked practically impossible with 80 minutes played.